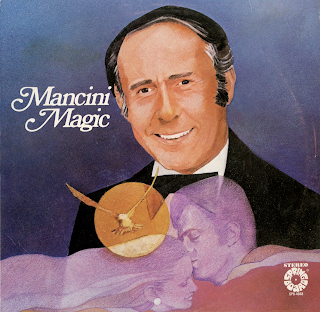 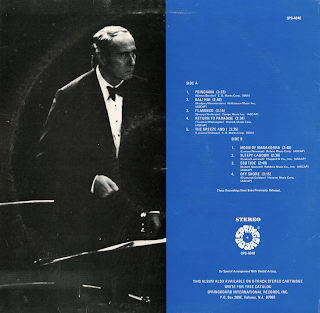 "Previously Released" material, but not the original Mancini covers of these standards that most of us have heard before. This set sounds like a single recording session that was produced sometime later and performed by a small group of musicians who were backed by vocals on a few numbers.

Poinciana
Bali Hai
Flamingo
Return To Paradise
The Breeze And I
Moon Of Monakoora
Sleepy Lagoon
Ebb Tide
Off Shore
Posted by By Mark Betcher at 4:04 PM