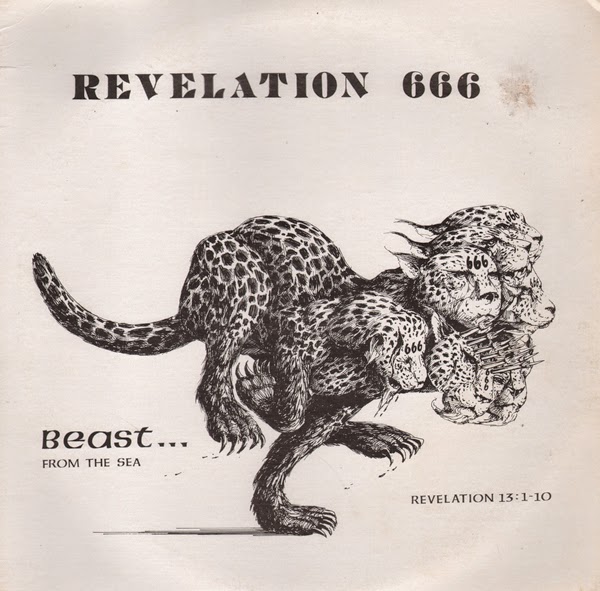 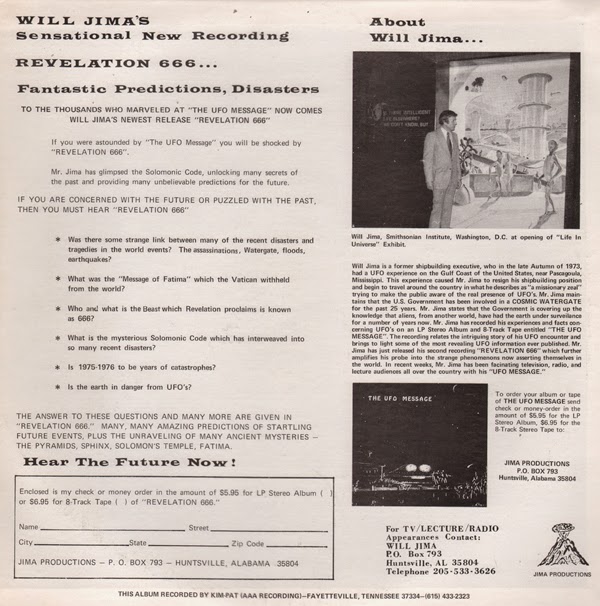 Something a little different from The Atomic Attic. An obscure spoken word "sermon" LP that is more about Jima's "predictions" then preaching the word.

From the back cover: (About Will Jima) Will Jima is a former shipbuilding executive, who in the late Autumn of 1973, had a UFO experience on the Gulf Coast of the United States, near Pascagoula, Mississippi. The experience caused Mr. Jima to resign his shipbuilding position and begin to travel around the country in what he describes as "a missionary zeal" trying to make the public aware of the real presence of UFO's. Mr. Jima maintains that the U.S. Government has been involved in a COSMIC WATERGATE for the past 25 years. Mr. Jima states that the Government is covering up the knowledge that aliens, from another world, have had the earth under surveillance for a number of years now.
Posted by By Mark Betcher at 12:35 PM 1 comment: 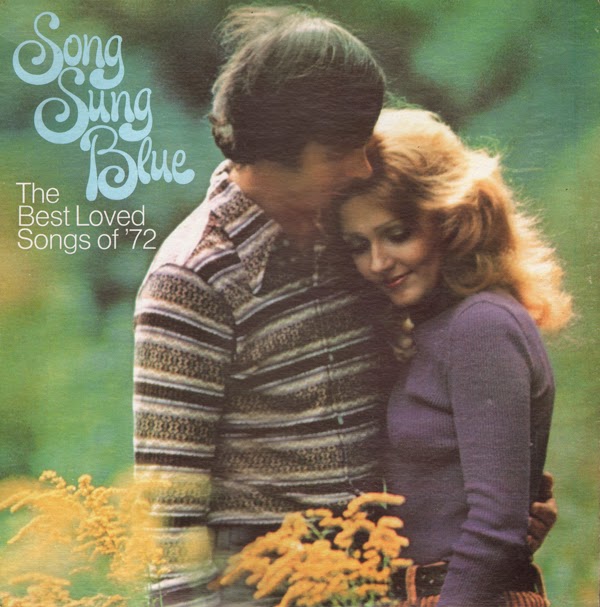 Terry Baxter… Collect them all!

Ev'ry Day Of My Life
Song Sung Blue
Heart Of Gold
Isn't Live Strange
Everything I Own
I Didn't Get To Sleep At All
The Way Of Love
Don't Say You Don't Remember
Oh Girl
Betcha By Golly Wow
The Hands Of Time
Let's Stay Together
Posted by By Mark Betcher at 5:17 AM 3 comments: