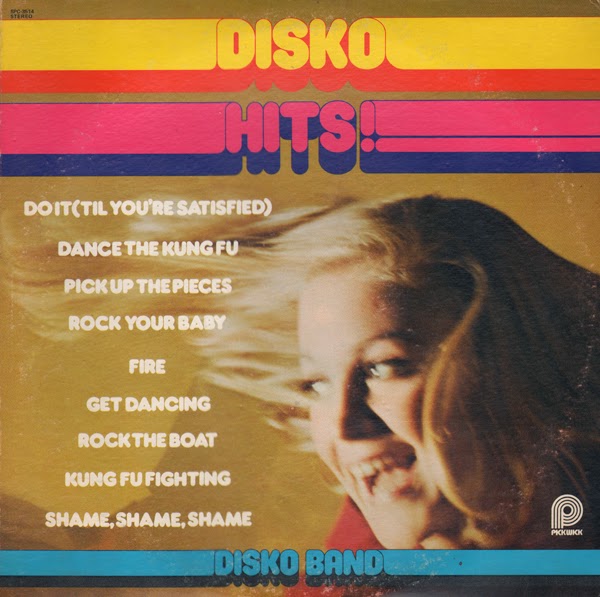 Studio covers by the "Disko Band". 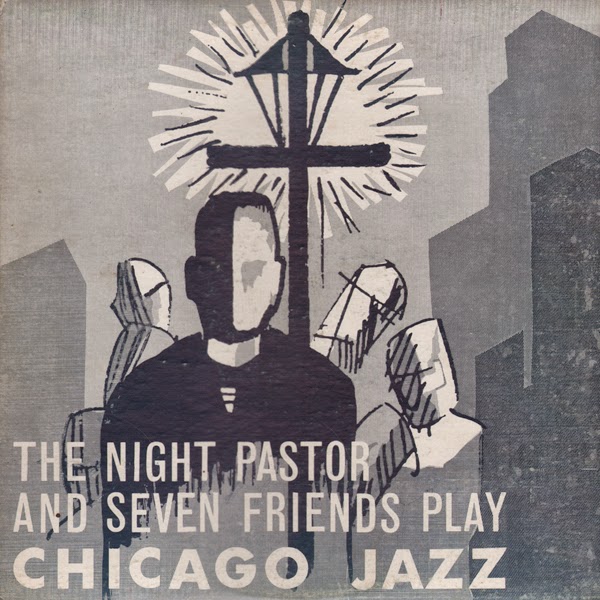 Here's a gem of an obscurity. This surprisingly good oddity blends a little ministry with jazz. I think that you might agree that if anyone could minister wayward Chicago club scene entertainment workers and patrons it would be Owen.

Not only is the music top shelf, the engineering is absolutely impressive.

From the back cover: With the permission of the Right Reverend Gerald Francis Burrill, Bishop of Chicago, an Episcopal Priest works in one of the entertainment areas of Chicago, ministering to the spiritual needs of the people who work or play there. The Reverend Robert H. Owen is known as the Night Pastor to the musicians, bartenders, waiters, waitresses, singers, dancers and others who work or play in the Rush Street - Old Town Areas of Chicago during the late evening hours. A piano-player himself, Father Owen understands many of the problems of the "Night People" who do much of their work while the rest of the world plays or sleeps.

Who's Who On The Album:

Bob Cousins plays the drums. A winner on the Arthur Godfrey Talent Scout Show in the early fifties, Bob helped form the Salt City Five. Very active in Chicago Jazz both traditional and modern, he has been featured with the Pieces of Eight, Jack Teagarden, Bill Reindardt's Jazz Ltd. Band, and has played in many of the better society bands.

Jerry Fuller on clarinet and tenor sax, has played with Matty Matlock, Jack Teagarden, and many others including his own band. Currently he is featured with the Dukes Of Dixieland. This record is his first excursion as a tenor saxophonist. Let's hope it's not his last.

Andy Johnson is an excellent single jazz pianist and a good band man. He has worked with Georg Brunis, had his own trio in the east, played at Jazz Ltd., and does much work with Dave Remington at various spots in the midwest.

Joe Levinson has played bass fiddle with Wild Bill Davidson, at Nick's and at Condon's in New York City. He has worked with Woody Herman, and for several years had his own trio at the Hotel Pierre in New York.

Norman Murphy, trumpet, has been featured with Gene Krupa, and traveled with the Saints and Sinners Band which featured Vic Dickinson and Buster Bailey. He also played at Jazz Ltd., and is now a prominent Chicago Jazz Band Leader, playing at the Gas Light Club.

Johhny Porazzo, guitar and banjo, has appeared with Louis Armstrong, Vaughn Monroe and Wayne King. Working with singer Toni Lee Scott, he also travels with the Dave Remington band throughout the mid-west.

Trombonist and Leader of the band, Dave Remington worked with Jazz Ltd. Band and has had his own band for seven years. He worked with Joe Marsala, Rex Stewart, Serge Chaloff, Tex Benecke and Dukes Of Dixieland, and currently is jobbing in the Chicago area.
Beale St. Blues
Black And Blue
In A Little Spanish Town
Tin Roof Blues (Night Pastor on Piano)
Tiger Rag
Saints
Do You Know What It Means To Miss New Orleans
Louisiana
St. Louis Blues (Night Pastor on Piano)
Exactly Like You
Wolverine