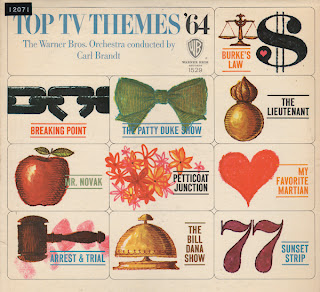 Petticoat Junction
Theme From Mr. Novak
Burke's Law
Them From Breaking Point
Patty Duck
Arrest And Trail
Theme From The Bill And Diana Show
My Favorite Martian
77 Sunset Strip
The Lieutenant
Posted by By Mark Betcher at 7:44 PM 1 comment: 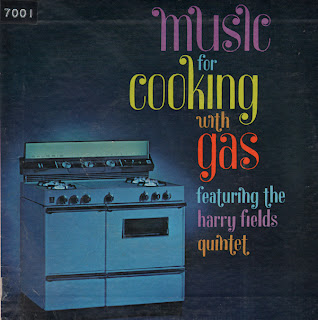 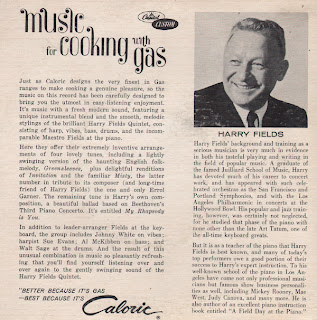 Here's a sample from a fine 7 inch 33 advertising piece from Caloric, manufacturer of Gas ranges.

Here's is another advertising piece Fields did for The American Gas Association: Music From Bach To Rock.
Posted by By Mark Betcher at 6:59 PM 2 comments: 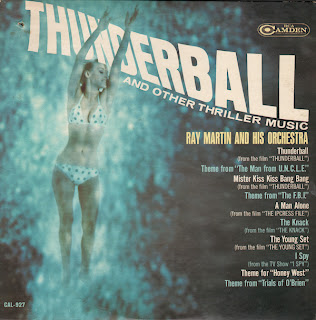 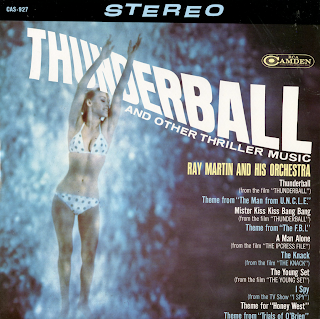 This LP is one of two awesome vintage 60s Ray Martin"spy/secret agent" albums that I have in my collection. Also check out Goldfinger And Other Music From James Bond Thrillers. 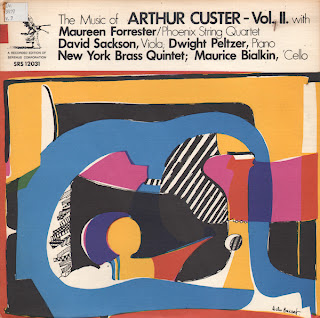 
Here is sample from another obscure Arthur Custer recording from a set of albums that I've posted recently. Also check out samples from Found Objects and Cycle For 9 Instruments.

From the back cover: I Used To Play By Ear - For Two Pianists, One Piano, and Selected Objects - was completed in January, 1971. The four movements heard on this recording are selected from the complete seven movement work. A theatre piece requiring a considerable amount of stage action, the composition relies heavily on improvisational interplay between the two pianists.

Cover art: Andre du Besset
Posted by By Mark Betcher at 4:38 AM No comments:

Cycle For 9 Instruments - The Music Of Arthur Custer 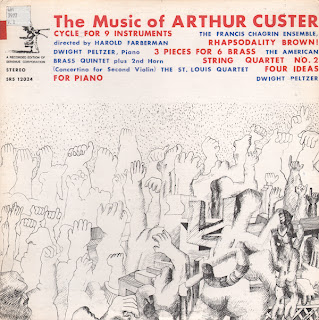 Here's a sample from another obscure Arthur Custer album I picked up. The piece, Rhaposdality Brown!, was written in 1968 according to the notes.

The sample above was written in 1958 (from the back cover): for an ensemble consisting of 2 Trumpets, 2 Horns, Tenor Trombone and Bass Trombone. There are three movements: Allegretto, Adagio and Presto, which in performance turn out to be Brisk, with alternating clusters and contrapuntal passages; Slow, mysterious, chorale-sounding, evocative; and Brightly, lively and bouncy as a jig with a fine, driving finish.

Link here for another obscure (and much more spacey) Custer sample/album: Found Objects - 1969
Posted by By Mark Betcher at 4:57 PM 1 comment:

Havana At Midnight - Pedro And His Amigos 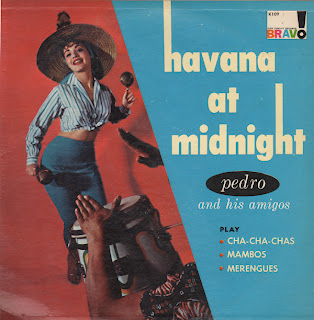 Mambo Macabre
Havana At Midnight
Pedro And His Amigos
Bravo K109
Posted by By Mark Betcher at 7:39 AM No comments: