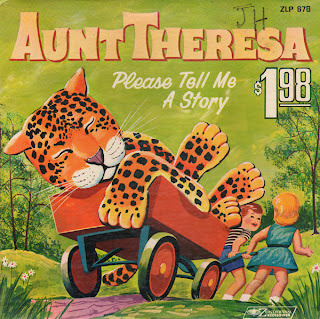 The Leopard
The Haunted House
Not So Silly
The Piece Of Wood That Talked
Lost Mittens
Pickling Berries
Driving The Car
Posted by By Mark Betcher at 3:33 AM No comments:

Stanley Applewaite Plays In The Still Of The Night 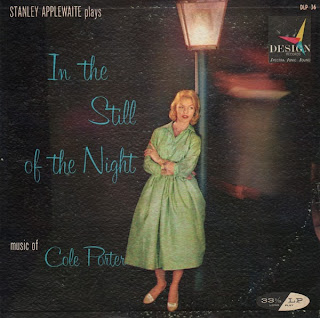 There are several reverb laden vocal tracks on this album, but no mention if Applewaite is the vocalist.

From the back cover: Born in Sheffordshire in 1925, this young pianist made his professional debut at a local music hall at the tender age of nine. He played piano and recited "The Ballad of Lower Ipswich," a twenty minute long piece of saccharine prose written by his great Uncle Harry Applewaite. The short piano section was met with an enthusiastic response. The long dissertation concerning the problems of horsecarman in Lower Ipswich was greeted with nothing but a dull lull...

He is currently conducting the Norton Green Symphonia and has recently signed to score and conduct a new musical movie based on the life of Henry the Eighth.

You're The Tops
Begin The Beguine
In The Still Of The Night
Long Ago And Far Away
Just One Of Those Things
Dancing In The Dark
Anything Goes
I've Got You Under My Skin
All Of You
C'est Magnifique/Paris Night
I Only Have Eyes For You
Posted by By Mark Betcher at 3:41 PM No comments: 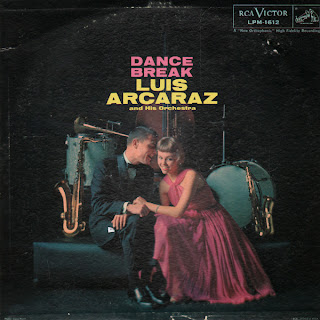 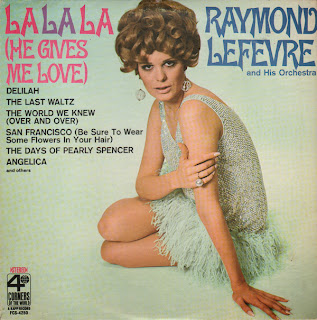 Engaging string based mood featuring lots of 60s space age touches. This album was released on the heels of Lefevre's hit "Soul Coaxing".

La La La
I'm Coming Home
San Francisco
I'll Never Leave You
Angelica
Delilah
The World We Knew
I Love You. You Love Me
The Days Of Pearly Spencer
If I Only Had Time
The Last Waltz
Posted by By Mark Betcher at 3:20 PM No comments: 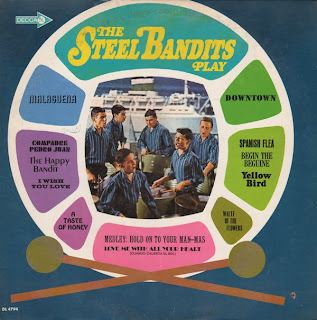 From the back cover: Murray Narell, the father of the first and second lead players, is a social worker who was the director of "Operation Street Corner" at Lower East Side settlement house. He saw in steel drums – the making and playing of them – a way to channel the vast energies of street gangs into constructive ends. In a short time, twenty different bands composed of boys and girls of various ages were making music within the walls of the settlement house. Eventually, some of the bands went out into the community to give benefit performances, to gather applause and give pleasure to their friends and neighbors. Other settlement houses followed suit.

Medley
A Taste Of Honey
I Wish You Love
Malaguena
Downtown
Compare Pedro Juan
Spanish Flea
Begin The Beguine
Yellow Bird
Waltz Of The Flowers
Love Me With All Your Heart
The Happy Bandit
Posted by By Mark Betcher at 3:46 AM 1 comment: 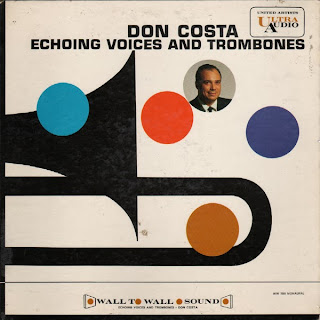 From the notes: This album was one of the biggest challenges Costa ever faced As Costa states it, "I didn't want to record merely another percussion album. Instead I tried to create a truly exciting musical album, one that would be a pleasure to listen to for its musical ideas, as well as one that would interest hi-fidelity and stereo fans. In this album I used voices as a section of the orchestra and treated them as I would treat the brass or reed section of a large band.

Day In And Day Out
Deed I Do
The Breeze And I
Just In Time
But Not For Me
I'm Beginning To See The Light
Skyliner
Echo Of Love
Opus No. 1
Adios
Thou Swell
Nice Work If You Can Get IT
Posted by By Mark Betcher at 4:01 AM 4 comments: