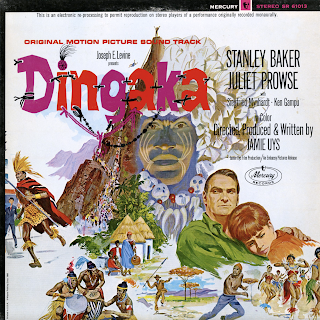 From the back cover: Traditional songs and melodies, significant in both emotional and historical content, were molded into an original score by Bertha Egnos and Eddie Domingo. No modern instruments have been used, and the fundamental instruments of African rhythm construction – the drums – are actual drums of the African tradition and flavor, and are preformed by singers from various tribes, who portray themselves on the screen.

The musical selections from the film presented this high-fidelity, long-playing record are an integral part of the might and vivid canvas which is Africa. Here you will find the soulful and profound voices; the dignity and divinity of the drums; the strident rhythms to which the origins of American jazz and spirituals may be traced; and the trance-inducing beats of the ritual dances – the many exotic and unforgettable sounds – which are inseparable from the never-changing atmosphere of Africa's ancient splendor.