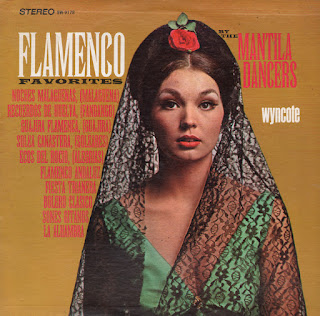 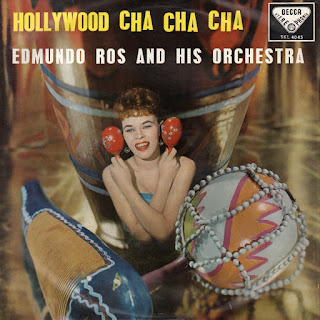 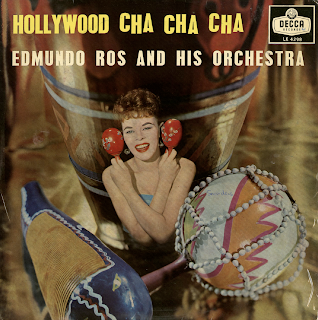 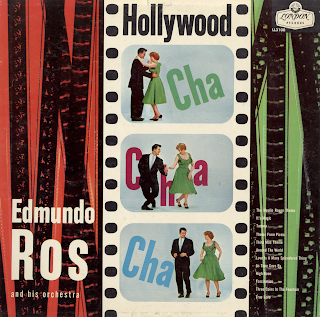 From Billboard - February 9, 1959 (reviewing the London LL 3100 release): Another in the Latin rhythm series by the popular maestro, "Hollywood," in the album title, refers to the fact that numbers have been culled from top-drawe films – several of them Academy Award winners. Cha-Cha dance adherents are in front rank of potential buyers. Melodic, rhythmic, it's altogether an attractive album.

The Moulin Rouge Theme
It's Magic
Tammy
Theme From Picnic/Intro: Moonglow
The Harry Lime Theme
Around The World
Love Is A Many-splendored Thing
High Noon
Fascination
Three Coins In The Fountain
True Love
Posted by By Mark Betcher at 6:15 PM No comments: 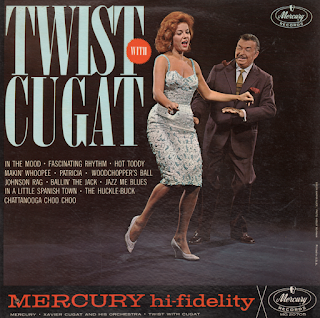 From the back cover: The twist is not a new beat for the Cugat baton. It has been in his repertoire since well before the dance step bloomed into a national mania. Cugat had laid down that insistent, thumping beat not for the ballroom dancers, who in those days would have been bewildered by it, but for a single dancer – his dazzling wife and performing partner, Abbe Lane (cover model). Her twist a la mambo renditions are still the torrid highlights of their nightclub act.

From Billboard - May 12, 1962: Cugat serves up a tasty sampling of the Twist in Latin tempo. A top quality dance LP, with excellent orchestrations lending color to the disk. 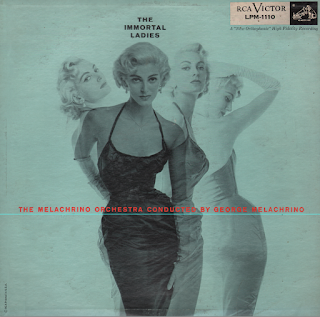 From the back cover: And George Melachrino, judging from these latest musical sounds, has more than a semantic interest in girl's names. For, to his usual complement of strings he has added horns and woodwinds, brass and rhythm, as he performs delightfully, and with exciting variety, a dozen works dedicated to his Immortal Ladies

From Billboard - December 31, 1955: This LP spotlights the old, but solid commercial idea of packaging tunes with girl's names. Melachrino's lush, imaginative instrumentals add up to an excellent mood music package, which should get plenty of deejay spins. A montage photo of a curvaceous blonde in four different come-hither poses makes the cover an eye-catching display item. 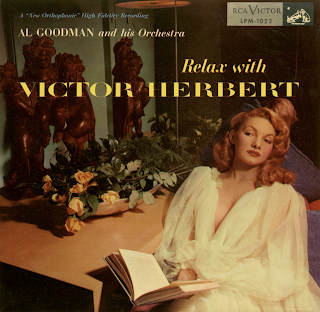 Absinthe Frappe
Kiss Me Again
I'm Falling In Love With Someone
A Kiss In The Dark
Love Is Best Of All
My Dream Girl
Toyland
When You're Away
Ah, Sweet Mystery Of Life
Gypsy Love Song
Sweethearts
To The Land Of My Own Romance
Posted by By Mark Betcher at 3:53 PM No comments: 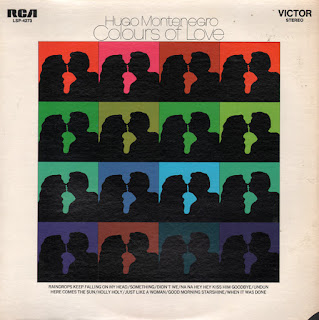 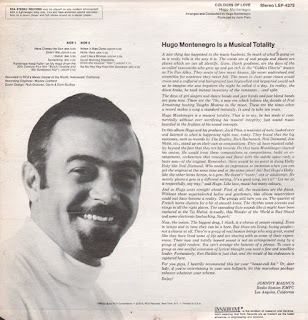 Don't get me wrong, I love and respect Montenegro's work. He was an inventive, top-notch arranger, but he went a bit crazy when on this set when he decided to do up covers of 60s pop tunes in a light pop or easy listening style. To say the least, doing something like this was a difficult sell in the early 1970s market. Furthermore, he went beyond his safe zone, which would have been arranging purely instrumental covers, to add male/female chorus into the mix.

Never-the-less and just because... this is a great set because it is so out there.

Here Comes The Sun
Didn't We
Undue
Something
Raindrops Keep Fallin' On My Head
When It Was Done
Holly Holly
Just Like A Woman
Good Morning Starshine
Na Na Hey Hey Kiss Him Goodbye
Posted by By Mark Betcher at 2:21 PM 1 comment: 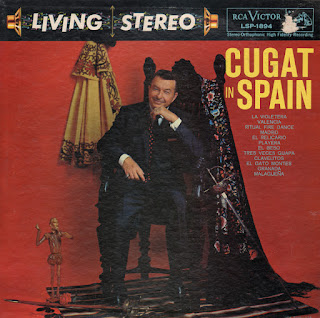 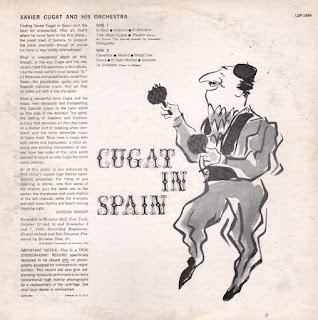 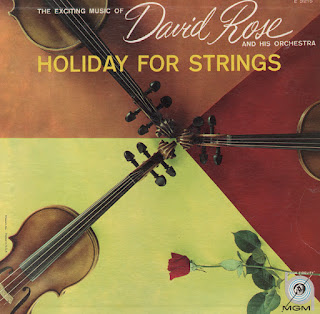 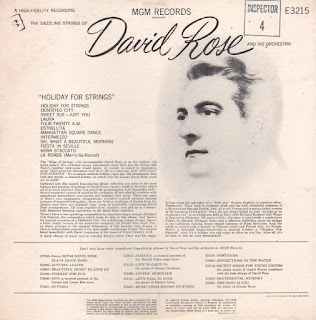 One of several MGM releases of this Rose collection. 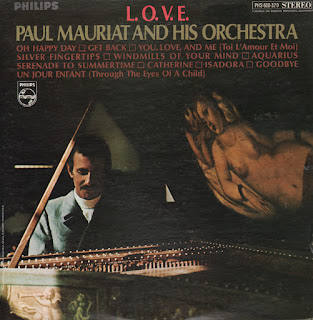 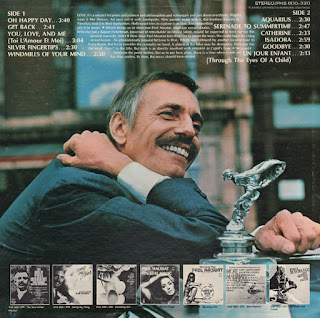 From Billboard - September 6, 1969: Paul Mauriat continues to ride high on the best-selling LP charts with his competing renditions of current pop hits, and this newest outing will keep him there. His lush stringed orchestrations of "Get Back," "The Windmills Of Your Mind," "Isadora" and "Oh Happy Day" are a boon to middle of the road programmers, and sales are sure to follow closely behind.

Oh Happy Day
Get Back
You, Love, And Me (Toi L'Amour Et Moi)
Silver Fingertips
Windmills Of Your Mind
Aquarius
Serenade To Summertime
Catherine
Isadora
Goodbye
Un Jour Enfant (Through The Eyes Of A Child)
Posted by By Mark Betcher at 4:35 AM No comments: 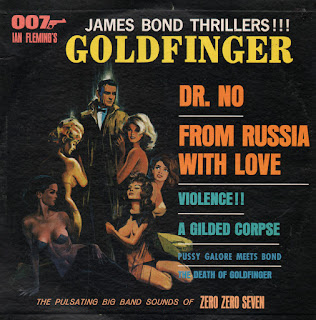 D. L. Miller deserves credit for his effort to deliver a "Mancini-styled" big band "secret agent/spy set to compete with similar music products produced by RCA and Mercury. However, compared to work produced by the major labels, this project features at times clumsy or at least quirky arrangements which the studio band struggles with as if they have not had the time to practice throughly. The engineer also struggles to produce decent sound. None-the-less, and perhaps due to the budget production values, Miller still managed to create a groovy Space Age collectible.

Goldfinger Theme
Violence
From Russia With Love
Blues For Dr. No
Pussy Galore Meets Bond
James Bond Theme
"M" Joins The Hunt
A Gilded Corpse
Warm And Deadly
Death Of Goldfinger
Posted by By Mark Betcher at 7:36 PM No comments: 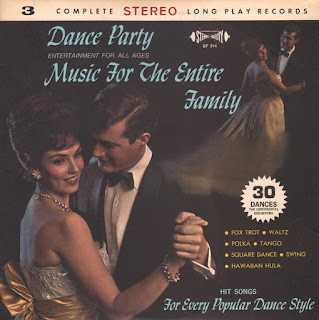 The most budget album ever? Maybe not. Somerset manufactured and advertised (on the back cover of this jacket) an entire collection (12) of these "3 record sets" including a set titled Polka Extravaganza. The dark cover on that set features only typography for art. I can only imagine the sonic thrills contained on those discs.

None of these sets seems appealing on any level. The music featured on this set of discs is so poorly thought out, so cheap... that Somerset not only recycled their lowest-end orchestral "dance" tracks, for one disc (the "dance party" disc), they also included an entire Ken Griffin (organist) "tribute" disc on which Griffin is not featured, but only covered by Ashley Tappen. The remaining disc is titled "Party Sing-Along" which features male chorus doing up the most boring tunes in the most banal fashion. Of course, Somerset was too cheap include a lyric sheet, so good luck with your "sing along".

However, what makes this package so much fun, so CHEAP... is that, when I picked the album up in the store, I noticed that the seams had come unglued. I then noticed, that something was printed on the inside of the jacket. Someone at Somerset, probably through a printer rep, decided to save money by recycling a pile of A&M label Cat Stevens Foreigner jackets. Apparently there was over-run or a problem with that job. Somerset's printer took these cast-off jackets and printed a thinly inked black bar across the art to obscure the original and then printed Somerset's art on the back, the matte side of the stock, which is why the jacket doesn't feature any gloss. Now that's BUDGET!

I decided to extend the "cheap-out" and not post a sample track because even the track titled Hawaiian War Chant (a tune that is hard to ruin) was, in fact, ruined by a cheap arrangement.