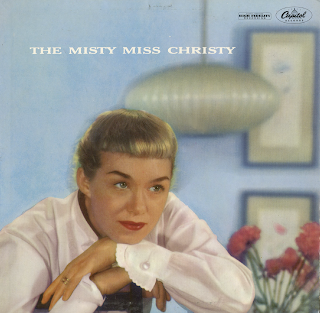 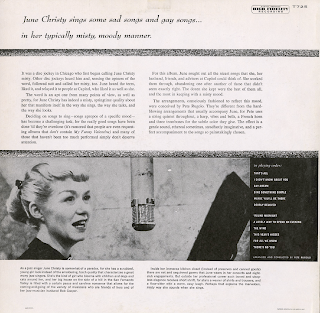 From the back cover: The arrangements, consciously fashioned to reflect this mood, were conceived by Pete Rugolo. They're different from the hard-blowing arrangements that usually accompany June, for Pete uses a string quintet throughout, a harp, vibes and bells, a French horn and three trombones for the subtle color they give. The effect is a gentle sound, ethereal sometimes, steadfastly imaginative, and a perfect accompaniment to the songs so painstakingly chosen.

From Billboard - August 25, 1956: Miss Christy, one-time Kenton thrush, has a good follow-up to her smash "Something Cool" package. Jocks will like it and the color photo portrait on the cover will add impetus. Sides include: "I Didn't Know About You," "Dearly Beloved" and "There's No You."

That's All
I Didn't Know About You
Day-Dream
Sing Something Simple
Maybe You'll Be There
Dearly Beloved
'Round Midnight
A Lovely Way To Spend An Evening
The Wind
This Year's Kisses
For All We Know
There's No You
Posted by By Mark Betcher at 7:29 PM No comments: 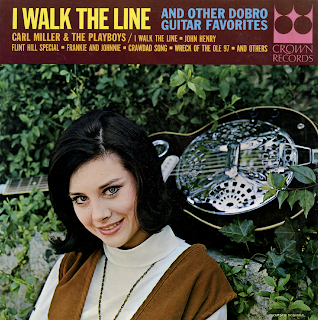 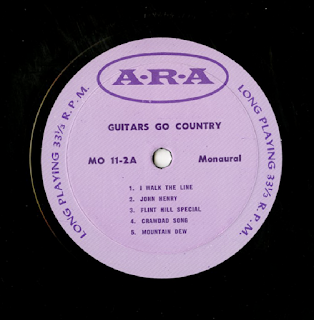 Keys To Your Mind - Mike Melvoin 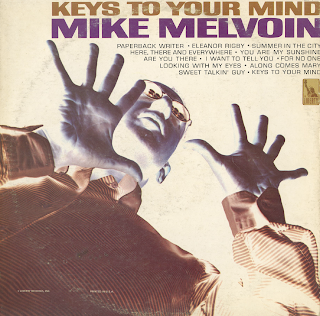 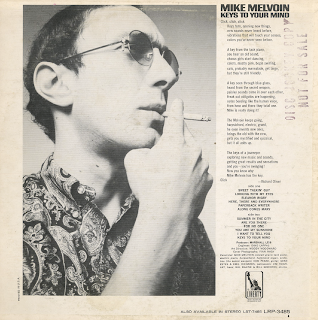 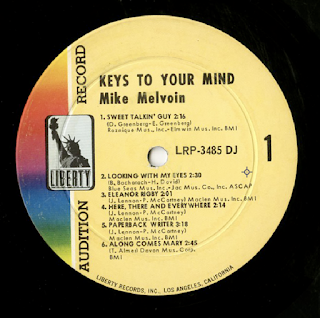 Sweet Talkin' Guy
Looking With My Eyes
Eleanor Rigby
Paperback Writer
Along Comes Mary
Summer In The City
Are You There
For No One
You Are My Sunshine
I Want to Tell You
Keys To My Mind
Posted by By Mark Betcher at 6:29 PM No comments:

Just For Listening - Sounds Of A Thousand Strings 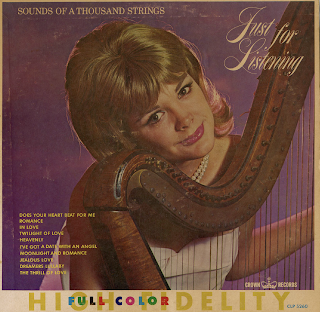 Does Your Heart Beat For Me
Romance
In Love
Twilight Of Love
Heavenly
I've Got A Date With An Angel
Moonlight And Romance
Jealous Love
Dreamers Lullaby
The Thrill Of Love
Posted by By Mark Betcher at 5:48 PM No comments: 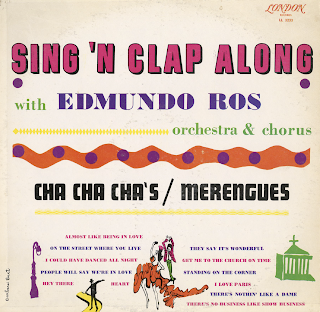 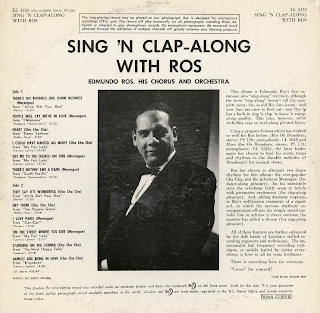 From Billboard - March 20, 1961: The sparkling music of Edmundo Ros is utilized for a Latin-based sing and clap along. A chorus of mixed voices does the singing on a number of very popular tunes – most of them from hit shows. Among the material are "People Will Say We're In Love," "Hey There," "I Love Paris" and "There's Is Nothing Like A Dame." Tunes are done in either cha-cha-cha or merengue tempo. Song sheets are enclosed. This set sells retail for $2.98 for a limited time. 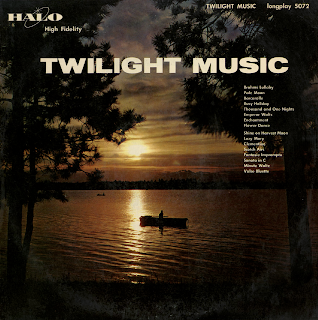 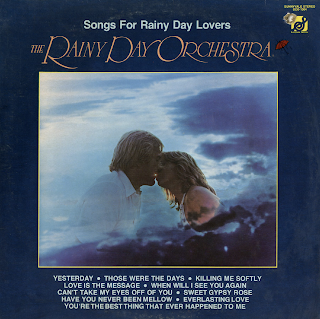 Yesterday
Those Were The Days
Killin Me Softly
Love Is The Message
When I Will See You Again
Can't Take My Eyes Off Of You
Sweet Gypsy Rose
Have You Never Been Mellow
Everlasting Love
You're The Best Thing That Ever Happened To Me
Posted by By Mark Betcher at 7:49 PM No comments:

Someone, Somewhere - The Stradivari Pops Orchestra 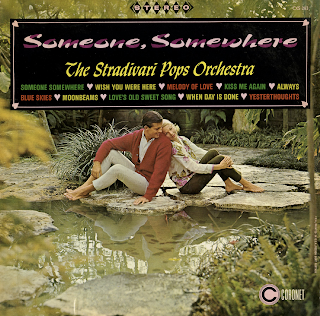 When The Day Is Done
Someone Somewhere
Always
Wish You Were Here
Blue Skies
Love's Old Sweet Song
Melody Of Love
Kiss Me Again
Moonbeams
Yesterthoughts
Posted by By Mark Betcher at 7:05 PM No comments: 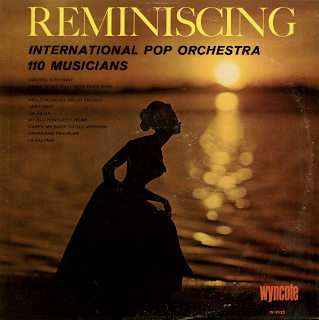 Cast Your Fate To The Wind - Sounds Orchestral 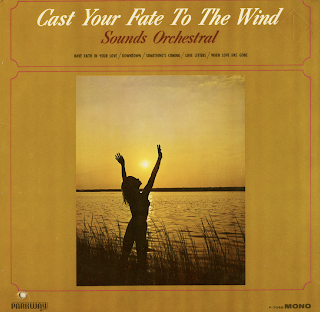 From the back cover: "Cast Your Fate To The Wind" was written and recorded by Vince Guaraldi, an American musician living in California, and it was first brought to my attention by Tony Reeves, an astute young friend of mine, who incidentally played bass on that session. The tune although not easily memorable, had a fantastically elusive magic about it that really got me. It seemed to have been written with tremendous soul as thought it were an interpretation of feeling about something that was deeply realistic to the composer. Most of all, the change of moods provided me with the opportunity of creating the sound and treatment I had in mind. The title was a gas solo. As I thought it important basically not to change Guaraldi's conception, I decided the piano must have the lead and so I called upon the services of one – John Pearson – Pianiste fantastique! John has been a friend of mine for many years now. I first heard him when he had his own radio program and was so enthralled by his technique as a pianist and abilities as an arranger, that I immediately got together with him and we made an album. Since then, John has continually made an envied name for himself and such artists as Lena Horne, Vanessa Lee, Shirley Bassey, Connie Francis and more recently, Cilla Black have benefited by and owe a great deal to his phenomenal talent. – John Schroeder

Cast Your Fate To The Wind
Something's Coming
Scarlatti Potion No. 9
At The Mardi Gras
When Love Has Gone
To Wendy With Love
Have Faith In Your Love
Carnival (From "Black Orpheus")
Downtown
Scarlatti Potion No. 5
Love Letters
Like The Lonely
Posted by By Mark Betcher at 5:31 PM No comments:

Music From Across The Sea - Sidney Torch 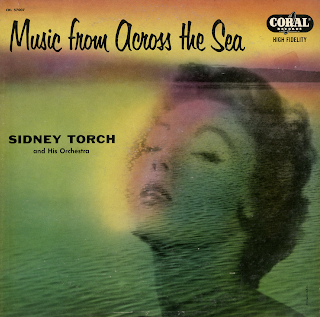 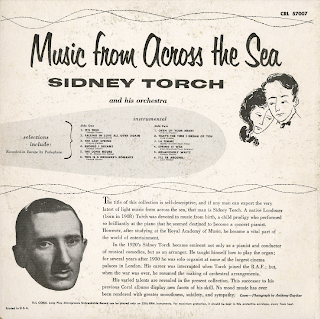 From the back cover: The title of this collection is self-descriptive, and if any man can export the very latest of light music from across the sea, that man is Sidney Torch. A native Londoner (born in 1908) Torch was devoted to music from birth, a child prodigy who performed so brilliantly at the piano that he seemed destined to become concert pianist. However, after studying at the Royal Academy of Music, he became a vital part of the world of entertainment.

In the 1920's Sidney Torch became eminent not only as a pianist and conductor of musical comedies, but as an arranger. He taught himself to play the organ; for several years after 1930 he was solo organist at some of the largest cinema palaces in London. His career was interrupted when Touch joined the R.A.F' but when the war was over, he resumed the making of orchestral arrangements.

His varied talents are revealed in the present collection. This successor to his previous Coral album display new facets of his skill. No mood music has ever been rendered with greater smoothness, subtlety and sympathy.

From Billboard - May 28, 1955: Britain's Sidney Torch and his orchestra are featured here with lush deep-toned treatments of 12 lovely instrumentals. With the exception of an Alec Wilder's "I'll Be Around" and a couple of George Siravo melodies, most of the tunes are unfamiliar. But they all convey a haunting mood of melodic melancholy and deejays should find them eminently suitable for romantic programming. The cover features an eye-catching montage photo, with a close-up of a beautiful girl projected against a only expanse of ocean.

It's True
Falling In Love All Over Again
The Last Spring
Should I Dream
The Long Hours
This Is A Dreamers Romance
Open Up Your Heart
That's The Time I Dream Of You
La Femme
Spring It Was
Melancholy Waltz
I'll Be Around
Posted by By Mark Betcher at 4:47 PM No comments: