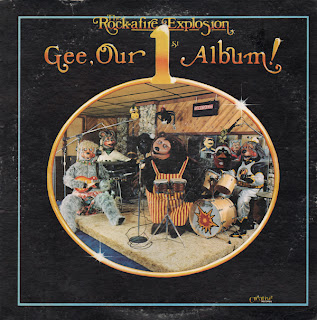 Little Sister
The Music Goes Round And Round
Light My Fire
My Love
Satisfaction Medley
Baseball
Goin' Crazy You May Be Right
Sal's Birthday
Unchained Melody
Too Shy
Beatles Medley
Posted by By Mark Betcher at 12:15 PM No comments: 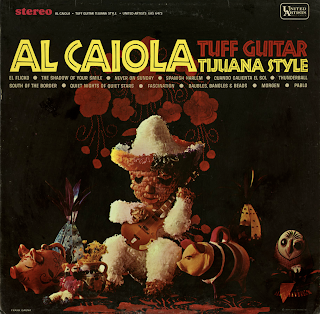 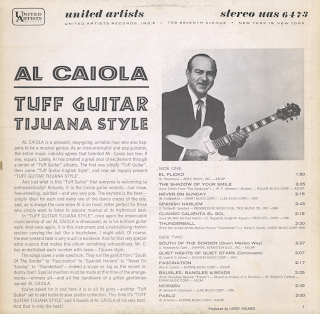 El Flicko
The Shadow Of Your Smile
Never On A Sunday
Spanish Harlem
Cuando Calienta El Sol
Thunderball
South Of The Border
Quiet Nights Of Quiet Stars
Fascination
Baubles, Bangles And Bead
Morgen
Pablo
Posted by By Mark Betcher at 5:31 PM No comments: 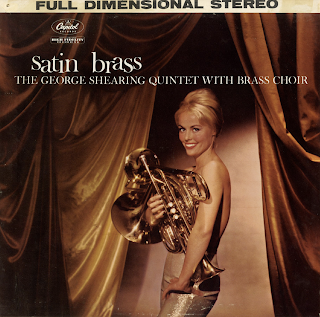 From the back cover: George points out: "Having worked with just the Quintet for so long, I just felt the desire to have a big-band sound that boots you in the back! I believe that, in presenting this new sound of ours, we have found a fresh and appealing approach, and I'm very pleased with the blend we've managed to develop.
"Hal Rood scored "If I Had You," "Stairway To The Stars", and his own compositions, "Just Plain Bill" and "First Floor Please" (Hal, incidentally, plays trombone with the 'Satin Brass' group). Jimmy Jones arranged Duke Ellington's lovely "Chelsea Bridge," and I arranged the remaining seven numbers.
In the grim days just before World War II the first regular English jam sessions were held at the Orange Tree Pub in the sleepy North London suburb of Friern Barnet. George Shearing was always the star performer. It was there that Shearing was first discovered and acclaimed by the British critics.
Chris Hayes of "Melody Maker" declared at the time, "I predict that George will be the first British musician to give something new to American music."
History proved Hayes to be right, of course. George not only brought something new to American; he stayed, fell in love with the country, and became a citizen. And now the new sound he presents in this album is further evidence of the creative musician outlook is always Shearing's. – Howard Lucraft
(Howard Lucraft is a long-time friend of George Shearing, having known him since the early Shearing days in England. He is well-known to Los Angeles FM listeners as host of the Jazz International Show on KPRK, and is also a regular contributor to Metronome Music USA, and Melody Maker (Great Britain).

Deep Night
In The Blue Of The Evening
I Could Write You A Book
Sleepy Manhattan
If I had You
Just Plain Bill
First Floor Please
Chelsea Bridge
A Ship Without A Sail
Stairway To The Stars
You Look Like Someone
Night Flight
Posted by By Mark Betcher at 5:24 PM No comments: