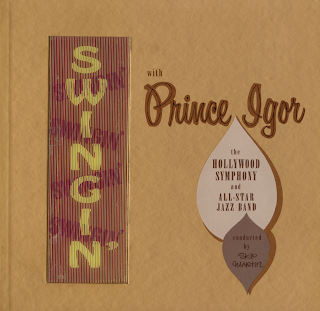 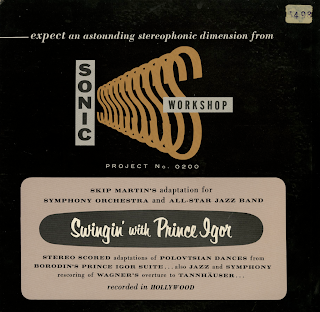 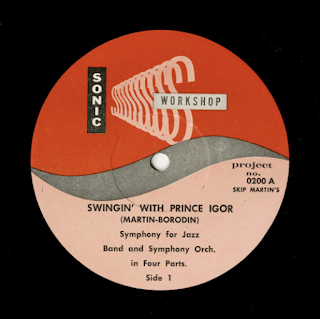 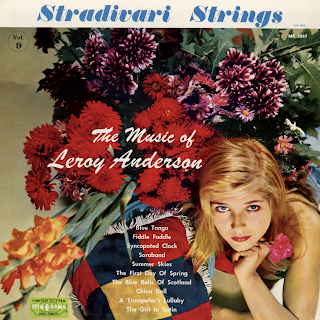 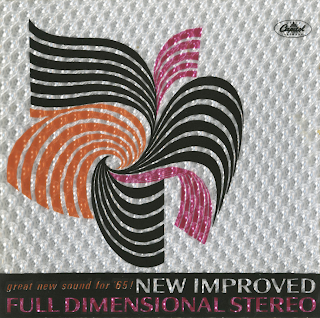 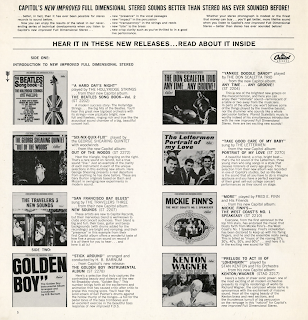 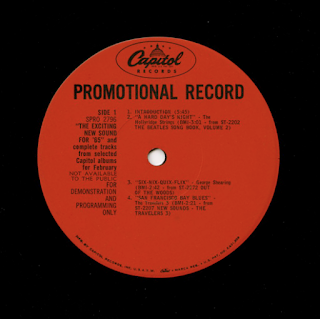 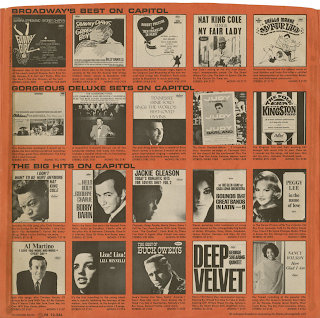 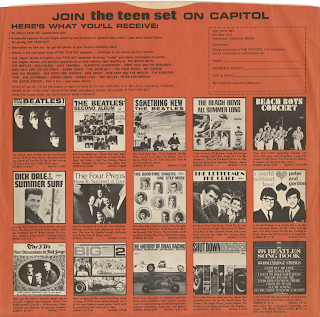 Book-fold 1965 Capitol promotion LP that was "Not Available To The Public" featuring a visually stunning "3-D" cover which, for the most part, my scanner was able to capture the look of. The design was printed on top of some type of plastic material (somewhat like you might see on a "winking postcard") that creates the impression of about 1/2 inch of depth.

A Hard Day's Night (The Hollyridge Strings)
Six-Nix-Quix-Flix (The George Shearing Quintet)
San Francisco Bay Blues (The Travelers Three)
Stick Around (H. B. Barnum)
Yankee Doodle Dandy (The Don Scaletta Trio)
Take Good Care Of My Baby (The Lettermen)
More (Fred E. Finn And His Friends)
Prelude To Act II Of Lohengrin (Stan Kenton And His Orchestra)
Posted by By Mark Betcher at 5:47 AM 2 comments: 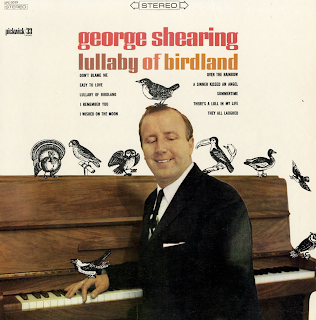 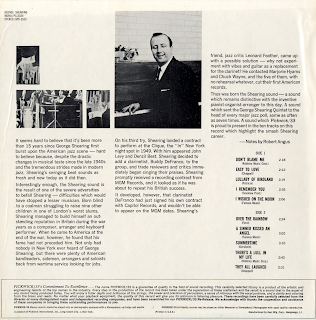 A fine Pickwick release of Shearing material featuring a seldom seen photo of George, sans glasses, printed on the cover.

From the back cover: ...Pickwick/33 is proud to present in the ten tracks on this record which highlight the smash Shearing career.

Don't Blame Me
Easy To Love
Lullaby Of Birdland
I Remember You
I Wished On The Moon
Over The Rainbow
A Sinner Kissed An Angel
Summertime
There's A Lull In My Life
They All Laughed
Posted by By Mark Betcher at 4:58 AM No comments: 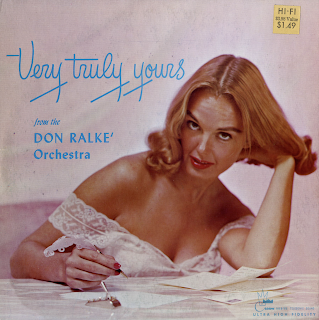 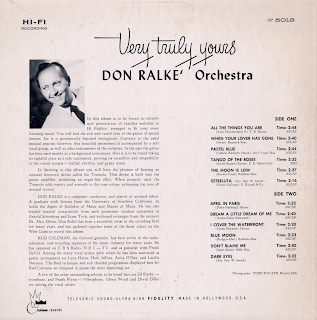 From the back cover: Don Ralke' is a composer, conductor, and pianist of unusual talent. A graduate with honors from the University of Southern California, he holds the degree of Bachelor of Music and Masters of Music. He has also studied musical composition from such prominent modern composers as Arnold Schonberg and Ernst Toch and keyboard technique from the eminent Dr. Alice Ehlers. Don Ralke' has been a successful artist in the recording field for many years, and has gathered together some of the finest talent on the West Coast to record this alum.

Bud Coleman , the featured guitarist, has been active in the radio, television and recording segments of the music industry for many years. He has appeared on CBS Radio NBC TV and, as a guitarist with Frank DeVol. Among the many vocal artists with which he has been associated as guitar accompanist are Lena Horn, Herb Jeffried, Anita O'Day and Lucille Norman. The fluid technique and rich chordal progressions displayed here by Bud Coleman are designed to please the most discerning ear.

A few of the other outstanding soloists to be heard are Ed Kusby – trombone, and Frank Flynn – Vibraphone. Gloria Wood and David Diller are among the vocal artists.

All The Things You Are
When Your Lover Has Gone
Pastel Blue
Tango Of The Roses
The Moon Is Low
Estrellita
April In Paris
Dream A Little Dream Of Me
I Cover The Waterfront
Blue Moon
Don't Blame Me
Dark Eyes
Posted by By Mark Betcher at 5:35 PM No comments: 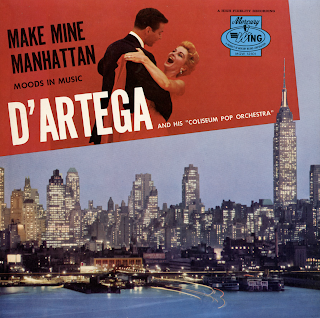 Highway One - The Mystic Moods 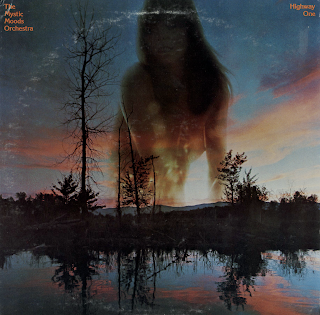 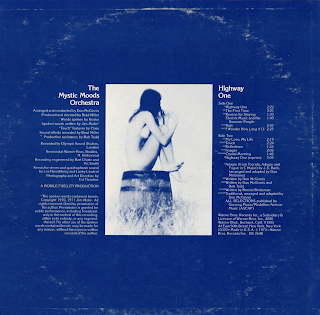 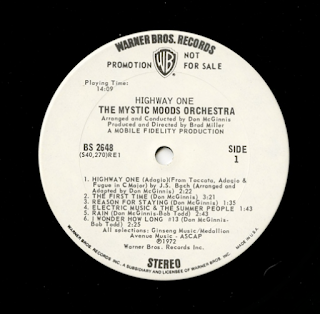 Available from online vendors so I will not be posting a sample. Presented here to share the jacket and promotion label. If you are into The Mystic Moods, you will find that this set features another interesting artistic blend of recorded environmental sound and smooth mood arrangements. The mood is augmented by laid-back poetic spoken word lead-ins by "Rosko".