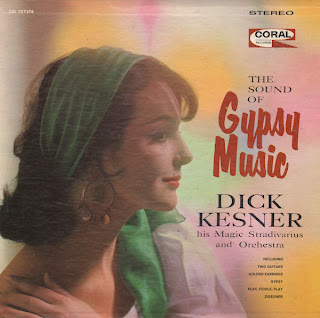 The set is available from online vendors so I will not be posting a sample.

Kesner made a number of terrific space age pop albums when he wasn't working for Lawrence Welk. This is a fine example of his mixing "traditional" with period pop "inventions" to create a lively and interesting blend of music.

"Gypsy" co-written by Kesner and Charles Dant is a standout track. 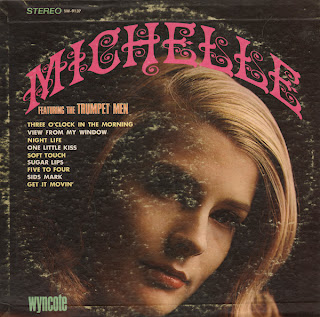 And now for another journey into the Land Of Budget LPs. This album features a mixed up collection of tracks by The Trumpet Men (not a real band) and the face of a pretty girl on the cover whose real name is not Michelle.
Posted by By Mark Betcher at 5:32 PM 1 comment:

Anita Kerr And The French Connection 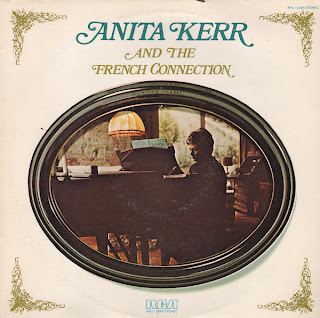 Here's an obscure 60s/70s easy mood set by Anita Kerr. This LP was recorded in Switzerland.

A 6000
Michelle
So Far Away From L.A.
Now's The Time For Fun
The World Is Gonna Keep On Spinning
Let's Take A Walk By The Sea
When Summer Is Gone
Et Mourir De Plaisir
Tambourine
There Is No Love Without The Moonlight
Posted by By Mark Betcher at 6:38 AM 1 comment: 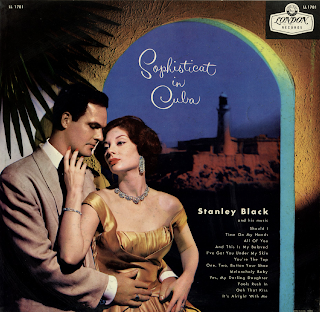 From the back cover: The subtly shifting rhythmic accents, the charging moods, the facile switching from jazz to mambo, from baiao to jazz, the piquant exotic flavors combine to form an album of outstanding originality and distinction. Stanley Black has skillfully employed a multitude of novel ideas in this selection. No electronic gimmicks, or subterfuges – just the products of a brilliant musical brain which never ceases to amaze show business with its rich fund of inventive genius.
Also from the back cover: Briefly, for the benefit of newcomers to the pleasurable art of Black's musical magic, he is a Londoner born and bred. He played piano for several top-line bands before the war, and visited South America in the ranks of the Harry Roy orchestra in 1937. This trip laid the perfect foundation for his subsequently frequent excursions into the realms of authentic Latin music.
After his R.A.F. war service, he guided the fortunes of the B.B.C. Dance Orchestra for eight successful years, and then branched out on his own. Today finds him in constant demand by all sections of the entertainment world. Recording, television, advertising jingles – the list of his busy activities  is ample and impressive proof of his unique and diverse talents. Not the least among his success is the imposing array of film scores written for prominent directors like Herbert Wilcox, Anna Neagle and Mario Zampi.
This present album is a complete departure from Stanley's previous work in the effrr studios. We have heard him conducting a large concert orchestra in albums of music by famous composers like Richard Rodgers and Jerome Kern; we have heard him at the piano leading a lush string section in selections of mood music at its best; we have heard him leading a full-blooded team of percussionists from the piano keyboard in LPs of exotic Latin American music Now we hear him playing a selection of well-known ballads in a bright, puckish style which combines two of this greatest musical loves – Latin American music and jazz.

Should I
Time On My Hands
All Of You
And This IS My Beloved
I've Got You Under My Skin
You're The Top
One, Two, Button Your Shoe
My Melancholy Baby
Yes, My Darling Daughter
Fool's Rush In
Ooh That Kiss!
It's All Right With Me
Posted by By Mark Betcher at 8:52 AM No comments: 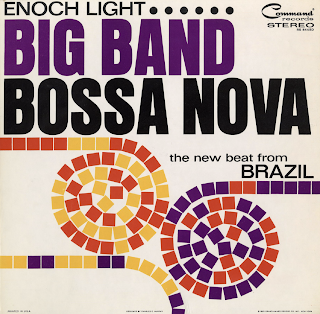 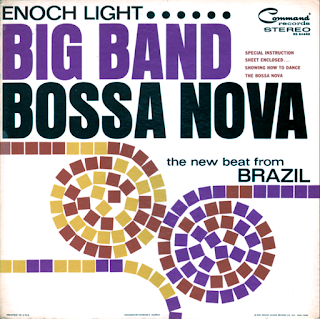 From Billboard November 17, 1962: Enoch Light and his ork light out after the latest catchy rhythm from Brazil, the bossa nova, and they turn in a flock of big, lightly swinging performances of the infectious rhythm with the big band. The sound is excellent, the stereo arrangements sparkle and the band plays with style. Big sales ahead here.

Holiday In Rio - Werner Muller And His Orchestra 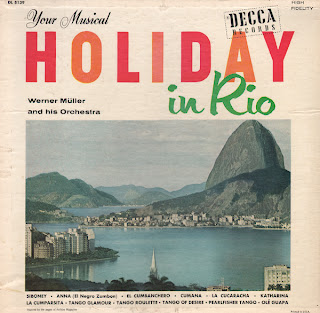 From the back cover: The music in this series, suggested by the brilliantly colorful pages of Holiday Magazine, has been especially chosen to invite, encourage, and enhance the holiday spirit.

A nice Latin mood set presented without many space age fireworks, although I like the vocal touches on the sample posted above. Muller would go on to make some fine atomic age discs. Look for a copy of Muller's Percussion In The Sky.
Posted by By Mark Betcher at 5:59 AM No comments: 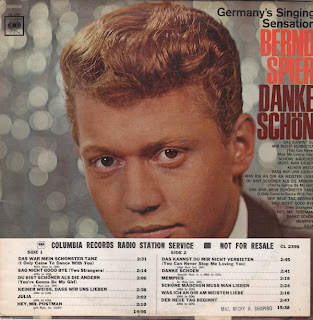 From the bi-lingual back cover notes: As you'll discover when you hear Bernd in Danke Schoen, his approach to a song has been strongly influenced by the best American popular singing styles. But just as clearly, Bernd's persuasive way with a ballad reaches out beyond any of the familiar styles to become uniquely "Bernd Spier".

Bernd Spier's wiki page.
Posted by By Mark Betcher at 5:17 AM No comments:

Grade "A" Dance Music With A Swing Beat 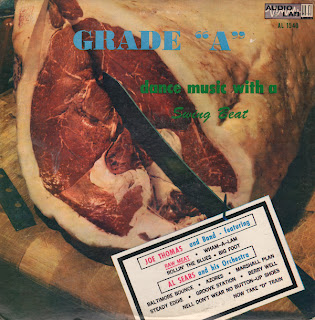 Here's an obscure budget album which I purchased for the cover art. One track is titled "Raw Meat" but maybe stock art of a "Big Foot" would have worked just as nicely?

The album actually swings like a thick piece of raw meat on a meat hook, Grade "A" or a giant groovy dancing foot.

Joe Thomas on wiki
Posted by By Mark Betcher at 10:17 AM No comments: 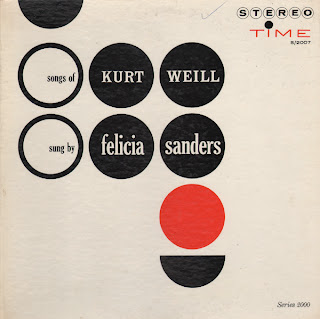 From the inside the book-fold cover: In choosing the music of Kurt Weill for her debut in Time's Series 2000, Miss Sanders has given herself the opportunity to choose from one of the most remarkable repertoires in 20th Century music.

From Billboard - August 29, 1960: Felicia Sanders, who is a pretty good singer usually, on this album overdoes her vocal stylings so that she over powers the tender Kurt Weill tunes. The ork backing by Irving Joseph is in the same mold. The tunes include some of Weill's greatest. Recording is excellent. 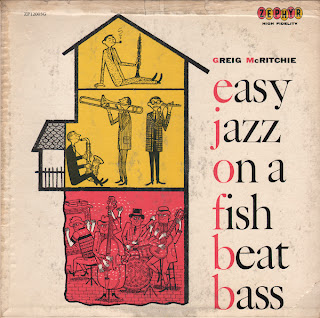 From the back cover: Believing Rock and Roll to be a moving beat that is here to stay Greig McRitchie was given the assignment of arranging jazz above the fishnet or backbeat so characteristic of the music most popular with today's young people, Zephyr and McRitchie agreed to try one recording session – four tunes. If the idea didn't work the plan was to be scrapped. To hedge a little further on the experiment (and to get the best possible sound) it was decided to record on three separate tracks as well as the conventional quarter-inch tape. The three track machine made it possible to add or diminish level on each of the sections: rock and roll rhythm, bass and jazz – in the editing. 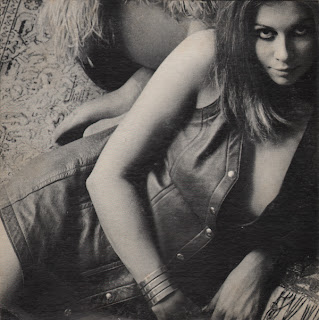