Sounds Sensational - The Chorus And Percussion Of Keith Textor 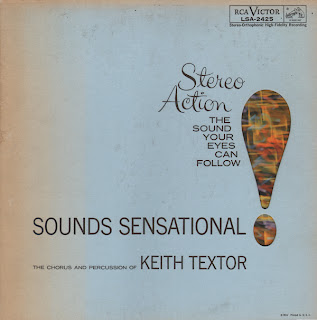 I'd thought I'd find more instances of this album when I did a search online. It turns out to be somewhat obscure. I found another photo featuring a white version of the cover. This one is blue (although faded on the left side).

Link here for a sample of Textor's first Stereo Action album, Sounds Terrific. The formula is the same on this album, but the stereo mixing is somewhat better.
Posted by By Mark Betcher at 6:46 AM No comments: 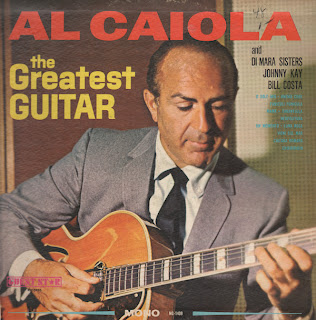 Enjoy a track by Bill Costa instead which Caiola may, or may not have backed.
Posted by By Mark Betcher at 3:50 AM 2 comments:

Sensational Guitars Of Dan And Dale 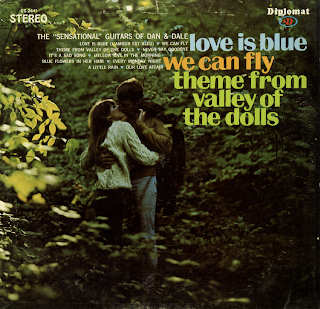 Valley Of The Dolls
Sensational Guitars Of Dan And Dale
Diplomat DS 2441
A Product of Synthetic Plastics Co.
1968
Love Is Blue (L'amour eat Bleu)
We Can Fly
Theme From Valley Of The Dolls
A Little Rain
Never Say Goodbye
Every Monday Night
Mellow Day In The Morning
Our Love Affair
Blue Flowers In Her Hair
It's A Sad Song
Posted by By Mark Betcher at 9:24 AM 2 comments: 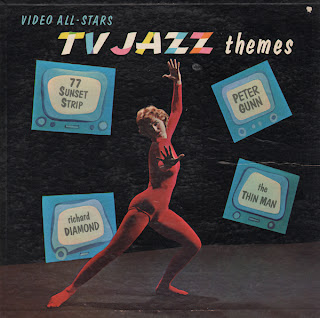 I was happy to find this album if only to collect the cover image by George Pico. Somerset was a budget label that managed to release some pretty good stuff from time to time. This recording has to be one of the better Somerset albums I've collected.

D. L. Miller thought enough of the project to list all of the musicians on the back cover as follows:

The April 20, 1959 Billboard mentions that the musicians appearing on this project as "top-flight".
Posted by By Mark Betcher at 5:53 PM 1 comment: 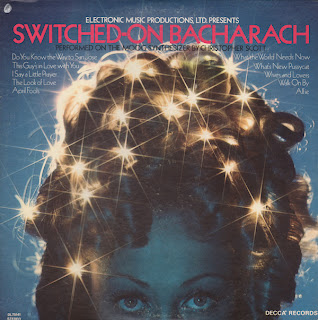 Here's a sample from a fine moog recording. The vibe is simple and light pop, but for my money, plays through nicely. Apparently the LP met with enough success to allow Scott to make a follow-up album, More Switched-On Bacharach. This album seems to have also been released on MFP with different cover art.
Posted by By Mark Betcher at 8:43 AM No comments:

It's OK To Say No To Drugs 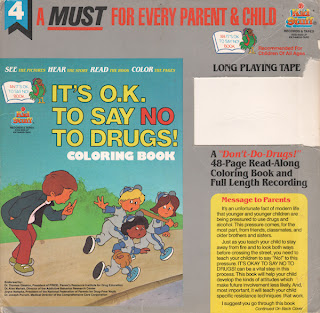 Apparently this LP came with a cassette tape and a coloring book. All I found was the record with the jacket torn when the product was opened.

By way of a sample, I choose a track that points out that bad people don't always look "bad" therefore... don't trust anyone but your family. Frankly... I wouldn't trust them either and it's a good idea to obtain a concealed carry permit as soon as possible.
Posted by By Mark Betcher at 4:55 AM 1 comment:

The Now Sounds Of Today 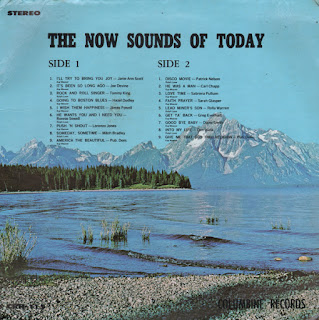 Featured Columbine vocalists on this set are Kay Weaver and Ralph Lowe. Apparently Columbine didn't have enough submission to fill out the album so they threw in a few public domain tunes, including America The Beautiful to fill out the sides.
Posted by By Mark Betcher at 11:36 AM 2 comments: 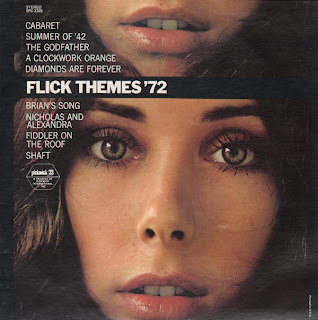 Diamonds Are Forever
Flick Themes '72
Pickwick SPC 3305
Posted by By Mark Betcher at 4:52 AM No comments: