You Respond To Everyone But Me - Songs For The EMT 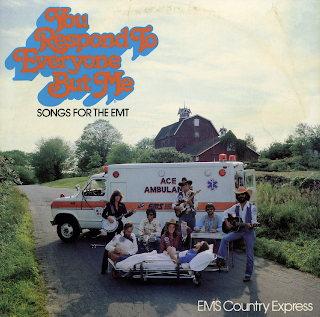 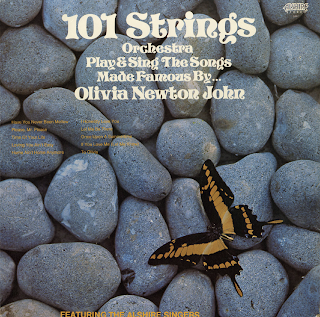 I Honestly Love You
101 Strings Plays & Sing The Songs Made Famous By Olivia Newton-John
Featuring The Alshire Singers
Alshire International STEREO 5327
1976
Have You Never Been Mellow
Please, Mr. Please
Time Of Your Life
Loving You Ain't Easy
Home Ain't Home Anymore
I Honestly Love You
Let Me Be There
Once Upon A Summertime
If You Love Me (Let Me Know)
To Olivia
Posted by By Mark Betcher at 7:37 PM No comments: 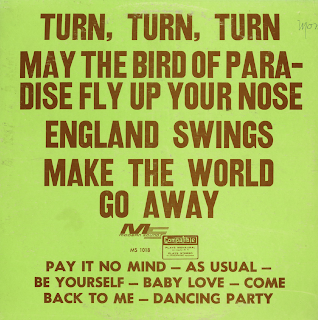 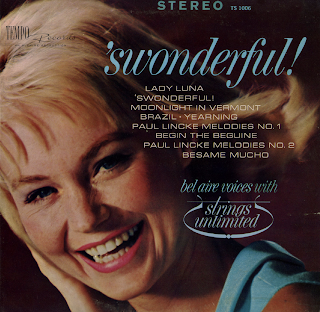 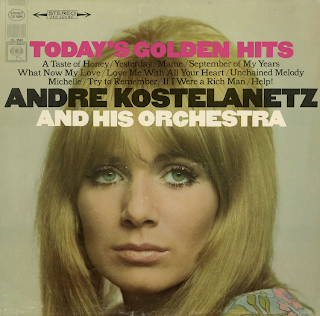 Michelle
Today's Golden Hits
Andre Kostelanetz and His Orchestra
Produced by Teo Marcero
Stereo – CS 9334
1966
Michelle
What Now My Love
Try To Remember (from "The Fantaskics")
A Taste Of Honey (from "A Taste Of Honey")
Unchained Melody
Mame (from "Mame")
September Of My Years
Love Me With All Your Heart
Yesterday
If I Were A Rich Man
Help! (from "Help!")
Posted by By Mark Betcher at 10:05 AM 2 comments: 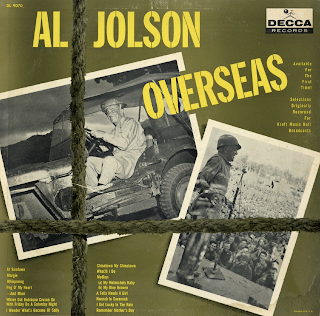 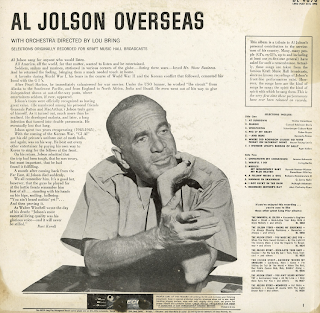 Whispering/Peg O' My Heart
Al Jolson Overseas
Selections Originally Records for Kraft Music Hall Broadcasts
Decca Records DL 9070
1959
From the back cover: This album is a tribute to Al Jolson's personal contribution to the servicemen of his country. Many, many people (GI's, ex-GI's, up to and including at least one ex-five star general) have asked for such a remembrance. Actually, these songs are taken from the famous Kraft Music Hall broadcasts, since no known recordings of Jolson's front-line performances exist. However, the songs here are the kind of songs he sang; the spirit the kind spirit which which he sang them. This is the very first time these performances have ever been released on records.
Also from the back cover: Al Jolson sang for anyone who would listen.
All America, all the world, for that matter, wanted to listen and he entertained.
Soldiers, sailors and marines, stationed in various corners of the globe – during three wars – loved Mr. Show Business.
A favorite during World War I, his tours in the course of World War II and the Korean conflict that followed, cemented his bond with the GI's.
After Pearl Harbor, he immediately volunteered for war service. Under the USO banner, he worked "the circuit" from Alaska to the Southwest Pacific, and from England to North Africa, India and Brazil. He even went out of his way to give independent shows at out-of-the-way posts, where entertainers seldom, if ever, appeared.
Jolson's tours were officially recognized as having great value. (He numbered among his personal friends Generals Patton and MacArthur.) Jolson truly gave of himself. As it turned out, much more than he realized. He developed malaria, and later, a lung infection that turned into double pneumonia. He eventually lost that lung.
Jolson spent two years recuperating (1943-1945).
With the coming of the Korean War, "GI Al" got his old private's uniform out of moth balls, and again, was on his way. He beat out every other entertainer by paying his own way to Korea to sing for the fellows at the front.
On his return, Jolson admitted that the trip had been tough, that he was weary, but most important, that he had found it fulfilling.
A month after coming back from the Far East, Al Jolson died suddenly.
We all remember him. It's a good bet, however, that the guy's he played for at the battle fronts remember him best of all... standing with his hands on his hips, smiling, hollering: "You ain't heard nothin' yet!"... And then proving it.
As Walter Winchell wrote the day of his death: "Jolson's most essential living quality was his glorious voice – and it well never be stilled." – Burt Korall
At Sundown
Margie
Whispering
Peg O' My Heart
– And Mine
Where Did Robinson Crusoe Go With Friday On Saturday Night
I Wonder What's Become Of Sally
Chinatown My Chinatown
What'll I Do
Medley: My Melancholy Baby/My Blue Horizon
A Fellow Needs A Girl
Hannah In Savannah
I Got Lucky In The Rain
Remember Mother's Day
Posted by By Mark Betcher at 9:28 AM No comments: 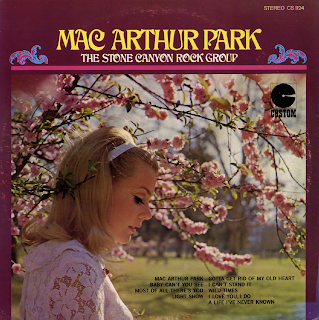 Mac Arthur Park
Wild Times
Mac Arthur Park
The Stone Canyon Rock Group
Custom STEREO CS 1124
Mac Arthur Park
Baby Can't You See
Most Of All There's You
Light Show
Gotta Get Rid Of My Old Heart
I Can't Stand It
Wild Times
I Love You, I Do
A Life I've Never Known
Posted by By Mark Betcher at 6:27 PM 1 comment: 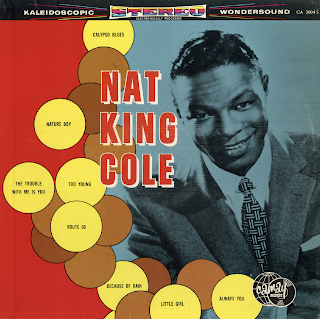 Calypso Blues
Nat King Cole
Camay Records CA 3004 S
1963
Nature Boy
Calypso Blues
The Trouble With Me Is You
Too Young
Route 66
Because Of the Rain
Little Girl
Always You
Posted by By Mark Betcher at 5:31 PM No comments: