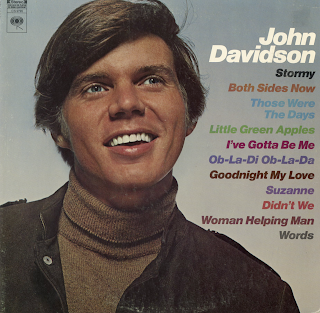 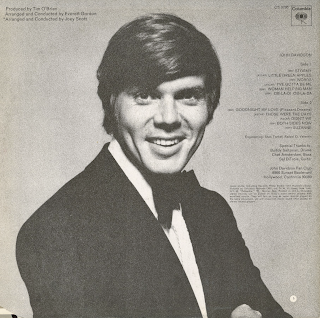 Stormy
Little Green Apples
Words
I've Got To Be Me
Woman Helping Man
Ob-La-Di Ob-La-Da
Goodnight My Love
Those Were The Days
Didn't We
Both Sides Now
Suzane
Posted by By Mark Betcher at 5:50 AM 1 comment: 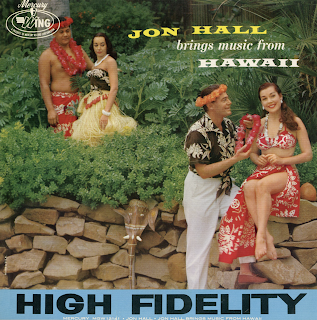 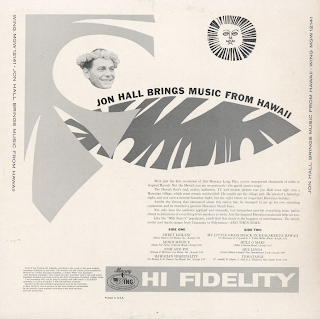 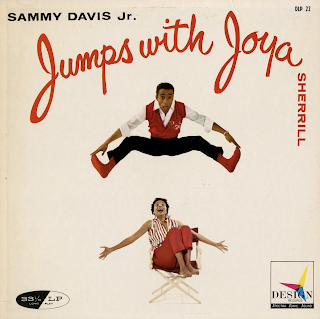 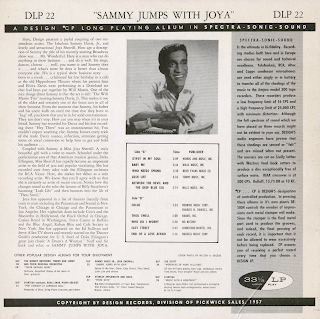 Available from online vendors so I will not be posting a sample. Presented here to share the back cover.

From the back cover: His (Davis) is a typical show business story... born in a trunk... celebrated his first birthday in a crib at the old Hippodrome Theater where his parents Sam and Elvira Davis were performing in a Dixieland act that had been put together by Will Mastin. One of the nice things about Sammy is that the act is still The Will Mastrin Trio starring Sammy Davis, Jr. This makes it one of the older and certainly one of the finest acts in all of show business. From the moment that Sammy, his father and his uncle walk on until the time that they have to "beg" off, you know that you're in for solid entertainment. They just don't stop. How can you stop when it's in your blood. Sammy has recorded for Decca and his first recording there Hey There was an instantaneous hit. You couldn't expect anything else. Sammy knows every trick of the trade.

Coupled with Sammy is Miss Joya Sherrill. A truly beautiful girl with a voice to match. Schooled under the perfectionist ears of that American musical genius, Duke Ellington, Miss Sherrill has rapidly become an important artist in the field of jazz and popular vocalizing. She has recorded over forty sides with the Ellington orchestra for RCA Victor. Here, she makes her debut as a solo recording artist. We know that you'll agree with us that she is certainly an artist of major stature. Notice how she changes the mood as she sobs the lament of Billy Strayhorn's haunting Lush Life and then bounces into the lit of Thou Swell.

Joya has appeared in a list of theaters literally from coast to coast including the Paramount and Strand in New York, the Chicago in Chicago and the Paramount in Los Angeles. Her night club dates include Ciro's and the Macombo in Hollywood, the Black Orchid in Chicago, Casino Royal in Washington, Town Casino in Buffalo and the Blue Angel, Ruban Bleu and Cafe Society in New York. She has appeared on the Ed Sullivan and Steve Allen TV shows and recently starred on the Theater Guild's production for U.S. Steel of Duke Ellington's great jazz classic A Drum A Woman. Nuff said.

Gypsy In My Soul
Baby Me
Who Needs Spring
Lush Life
Between The Devil And The Deep Blue Sea
Chloe
Who Do I Worry
Easy Street
End Of A Love Affair
Posted by By Mark Betcher at 3:17 AM No comments: