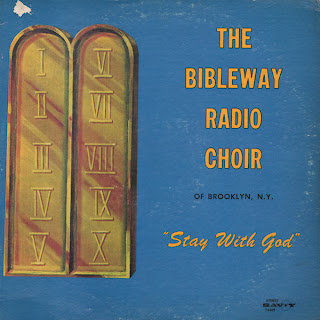 Even up here in The Atomic Attic we need a shot of energy on a gray winter day. The LP hidden behind this uninspired jacket graphic did just the trick.

Try not to tap your toes through this sample!

Stay With God
He Keeps Me Singing
I Feel Brand New
There's Not A Friend
I'll Let Nothing Separate Me
Call Jesus
He Took My Burdens
There Will Be A Brighter Day
Repent
Posted by By Mark Betcher at 12:54 PM 1 comment: 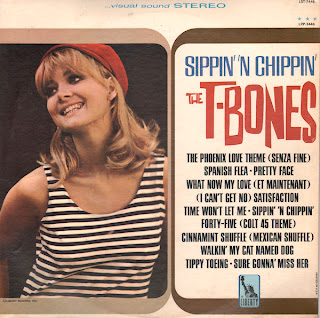 Enjoy a sample from an album that is jammed packed with much sugary mid-60s goodness. This was the T-Bones follow up effort to No Matter What Shape Your Stomach's In.
Posted by By Mark Betcher at 9:13 AM No comments: 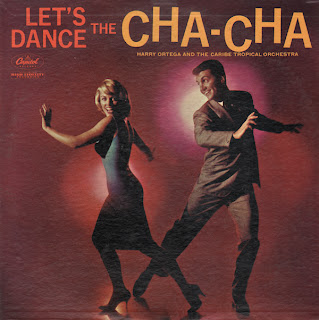 From Billboard May 16, 1960: Each of these three LPs (in the Lets Dance series) has, on the back side of its jacket, a clear and excellent "how to" diagram showing the basic maneuvers involved in each step. The orchestras involved also provide clear, rhythmic renditions, well and crisply performed. Virtually every selection on each disk falls into the category of "familiar favorites." some being of recent origin, while others are derived from the classics. As dance recordings, these rank among the best whether for learners of experts.
What Billboard said. The music, on the disc, is much better than what you typically find on your average period space age dance set.

Catch A Falling Star
The Late, Late Show
Dark Eyes
Tea For Two Cha
For Me And My Girl
Mack The Knife
Star Dust
Where Did We Go? Out.
Autumn Leaves
Fantastico
There Is A Tavern In The Town
Posted by By Mark Betcher at 9:03 AM No comments: 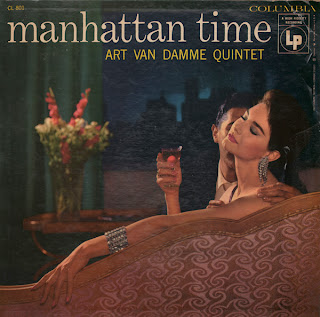 From Billboard March 17, 1956: Van Damme's accordion gives this jazz quintet an unusual sound texture, one which can be admired by jazz enthusiasts as well as the average listener who prefers arrangements which are not extreme. This is a companion package to Van Damme's earlier (1953) "Martini Time."

From the back cover: With Van Damme on the accordion, Charlie Calzaretta on vibes, Claude Scheiner of guitar, Lon Skalinder on bass and Max Mariash at the drums, the Quintet sets up a light, swinging rhythm that never losses its pulse, and then goes on to trace delightful variations around old favorites and new conceits alike.

What the back cover says... plays sweet all the way through.

Stella By Starlight
Lover, Come Back To Me
I Saw Stars
Oh! Look At Me Now
It's The Talk Of The Town
Temptation Rag
The Song Is You
Turnabout
Polka Dots And Moonsbeams
Poincianna
The Glory Of Love
Hallelujah!
Posted by By Mark Betcher at 2:19 PM 2 comments: 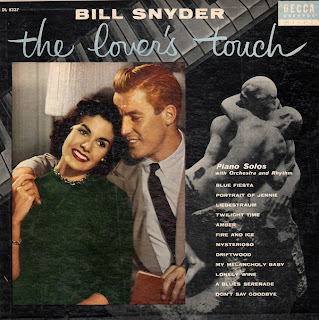 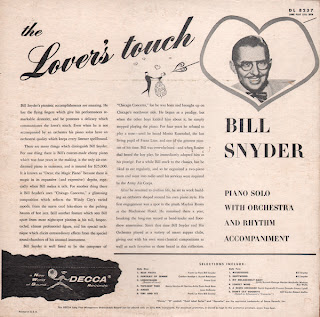 From Billboard April 14, 1956: Following previous lush packaged efforts, pianist Snyder scores again. The playing is clean and full of authority and the orchestra, sizable as it is, stays in the background to provide just the right framework for Snyder's artistry. It's mood music keyed to lovers' needs as the cover aptly illustrates.

This album features a fine looking cover and dramatic song titles, but I disagree with Billboard's glowing assessment of the orchestral passages featured on a number of the tracks. The passages seem dated and shoehorned into the small combo lounge thing going on. However, some arrangements are left basic, sans the orchestra and play through more smoothly as heard on the sample above.

Posted by By Mark Betcher at 12:01 PM No comments: 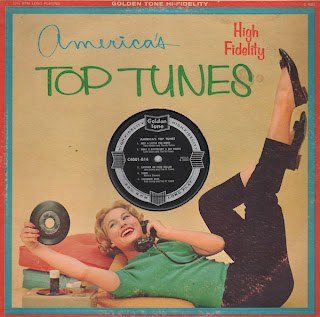 Lonely Boy - Tim Garner And The Hi Tones
America's Top Tunes
Golden Tone
C4001
Posted by By Mark Betcher at 10:47 AM No comments: 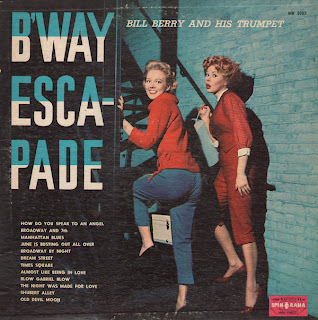 William Richard "Bill" Berry was best known for playing with the Duke Ellington Orchestra in the early 1960s and for leading his own big band.

I bought this one for the cover art and wasn't expecting much from the content. I was pleasantly surprised to hear cool small combo lounge jazz.

June Is Busting Out All Over
Old Devil Moon
Dream Street
Almost Like Being In Love
Manhattan Blues
Times Square
Blow Gabriel Blow
The Night Was Made For Love
Broadway By Night
How Do You Speak To An Angel
Broadway And 7th
Shubert Alley
Posted by By Mark Betcher at 8:57 AM 2 comments: 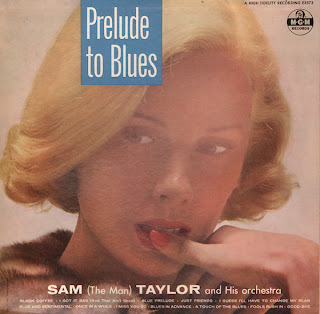 Blue Prelude
Fools Rush In
Blue And Sentimental
I Guess I'll Have To Change My Plan
I Miss You So
A Touch Of The Blues
Once In A While
Black Coffee
Blues In Advance
I Got It Bad
Just Friends
Good-bye
Posted by By Mark Betcher at 7:45 AM 2 comments: 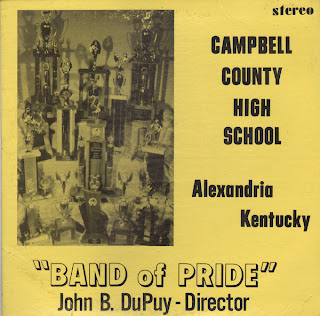