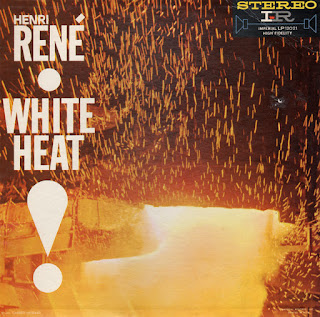 From the back cover: So there's your title (White Heat). It has many diversified meanings as definitions in the dictionary and probably will mean as many things to as many different people. If you get the message, slip your manicured finger or tattooed hand, whichever the case may be, along the protective, germ-free cellophane cover-all. It's as simple as opening a pack of filter tips… and less controversial. Try it. – Henri Rene´

From Billboard - June 15, 1959: Henry Rene has put together a very bright package of instrumentals here. Instrumentation and arrangements are most unusual, being modern, creative; and packed with style.

A bridge between the more "exotic" albums that were hitting the market at the time and big band mood. Like many of Jackie Gleason's excellent albums, this set looks and sounds like a concept project rather than just a collection of tunes. 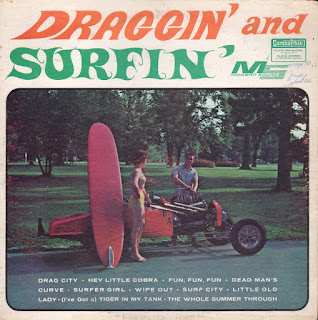 Tiger In My Tank
Draggin' And Surfin'
Modern Sound
MS 525 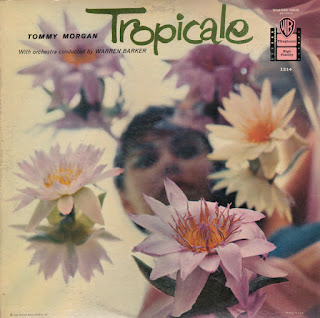 Baia
Bali Ha'i
Poinciana
Ebb Tide
Moon of Manakoora
Misirlou
Beyond The Reef
Ruby
The Beach
The High And The Mighty
Off Shore
Taboo
Posted by By Mark Betcher at 8:32 PM No comments: