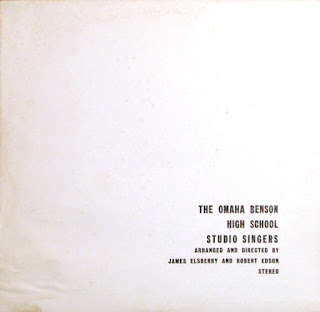 By The Time I Get To Phoenix
The Omaha Benson High School Studio Singers
Sound Recorders
Posted by By Mark Betcher at 8:55 PM 3 comments: 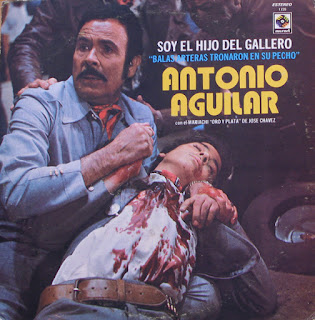 No spaghetti style western music... which is what I'd hope for... but great cover none-the-less!
Posted by By Mark Betcher at 8:09 AM 1 comment: 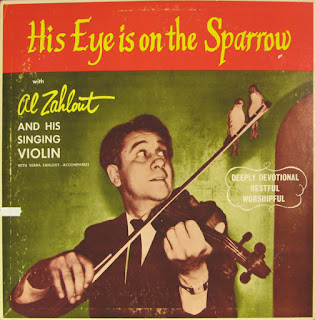 Hold on to your Hammond Concorde with 1 Model 700 and 1 model 710 Leslie Tone Cabinet.

One thing 15 years in Lexington has taught me is that expecting superior talent in a Lexington night spot on a regular basis is a whole lot like expecting an oak tree to stay green through the winter. Not that there isn't some good talent from time to time. But, on the other hand, it isn't Basin Street or Music City, either. There's good talent sometimes, but there's a lot of Joe Blow and Hot Air, and the result is that if you want a little more than dance music, you haven't always got it on tap.

And it gets BETTER!

I'm one of those types who like almost empty bars, where there are lots of dark corners and empty seats, where aloneness is a positive asset, where you can sit for hours without anyone butting in on your conversation with yourself. The bar isn't making any money, you know, but it's a great place to be.
Posted by By Mark Betcher at 3:24 PM 4 comments:

Yma Sumac - The Voice Of Xtabay 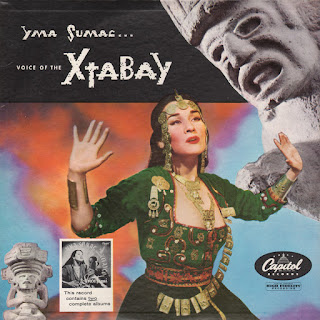 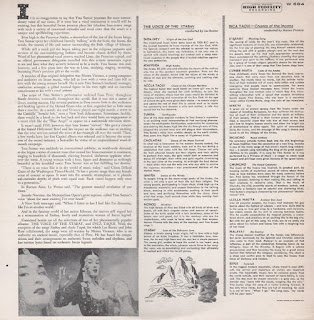 Sumac came from another planet. The Planet Of Super Awesome 50s Fun!

From the back cover: There is no voice like it in the world of music today," said Glenn Dillard Gunn of the Washington Times-Hearld. "It has a greater range than any female voice of concert or opera. It soars into the acoustic stratosphere, or it plumbs sub-contralto depths of pitch with equal ease. Such voices happen only once in a generation. 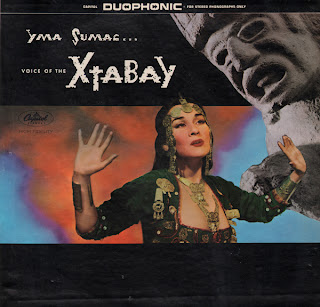 From wiki: Duophonic is a term used to refer to a sound process by which a monaural recording is turned into a kind of "fake stereo" by splitting the signal into two channels, delaying the left and the right channels by means of delay lines and other circuits, desynchronizing the two channels by fractions of a second, and cutting the bass frequencies in one channel with a high-pass filter, then cutting the treble frequencies in the other channel with a low-pass filter. The result was an artificial stereo effect, without giving the listener the true directional sound characteristics of real stereo. In some cases, the effect was enhanced with reverb and other technical tricks, sometimes adding stereo echo to mono tracks in an attempt to fool the listener.
Posted by By Mark Betcher at 5:07 PM 1 comment: