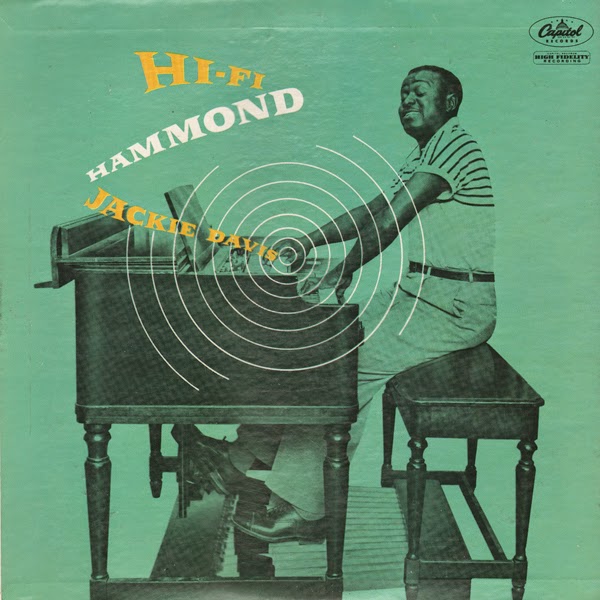 From the back cover: In this, his first album for Capitol, Jackie's splendid sounds are recorded in High Fidelity.

Complementing Jackie and his organ are the substantial rhythmic contributions of Ernest L (Fats) Clark on drums and the guitar etchings of Irving Ashby.

Time Was
It All Comes Back To Me Now
For Heaven's Sake
Would You Like To Take A Walk
I Hear A Rhapsody
Taking A Chance On Love
I'll Close My Eyes
The Night Is Young And You're So Beautiful
Sleepy Head
Beau Night In Hotchkiss Corners
It's The Talk Of The Town
Between The Devil And The Deep Blue Sea
Posted by By Mark Betcher at 4:08 AM No comments: 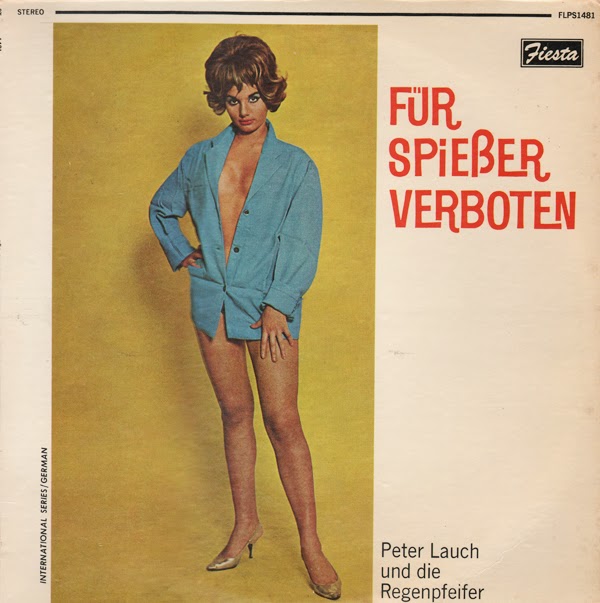 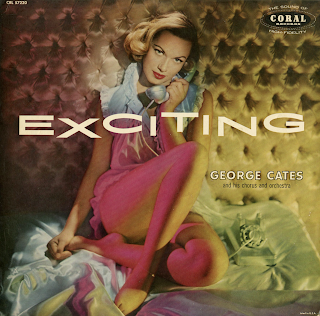 Exciting? Well, yes the cover art is pretty fabulous and the set, a finely crafted pop mood collection that is penned mostly by Cates and features just enough "space age" energy to make for an engaging play through.

From the back cover: The man who brought you these 12 tunes together under this LP roof is the West Coast Music Director for Coral Records. Like many West Coast residents, he was originally an Easterner. George was born, raised and given his first music to read in the Bronx, New York. At the age of five, when other kids were concerned with popsicles, George was tucking his first violin under his chin.

George soon switched from strings to reeds, and studied clarinet, flute, and saxophone. He entered New York University with every intention of becoming a law student, but soon found the call of the cleft more inspiring than the intricacies of the legal profession (and don't think that there isn't a pun in here somewhere about passing the bar).

George did some writing and conducting for Olsen and Johnson, then went with Henry Busse's band for three years as arranger-sax man. Later, he became a free-lance, and arranged for artists such as Kenny Baker, Bing Crosby, the Andrew Sisters, and many more. He joined Coral Records in 1950, and has backed many Coral artists.

His duties these days also include working as musical director of the Lawrence Welk TV Show, and producing albums like this one, and Under European Skies (CRL 57126), and Movie Moods (CRL 57125). 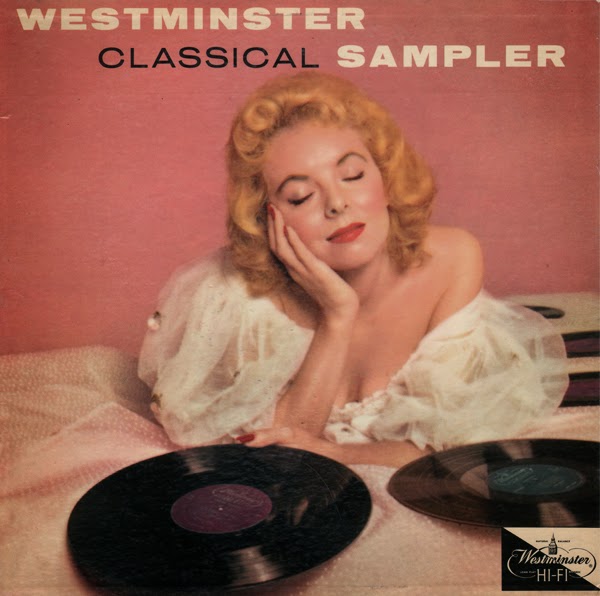 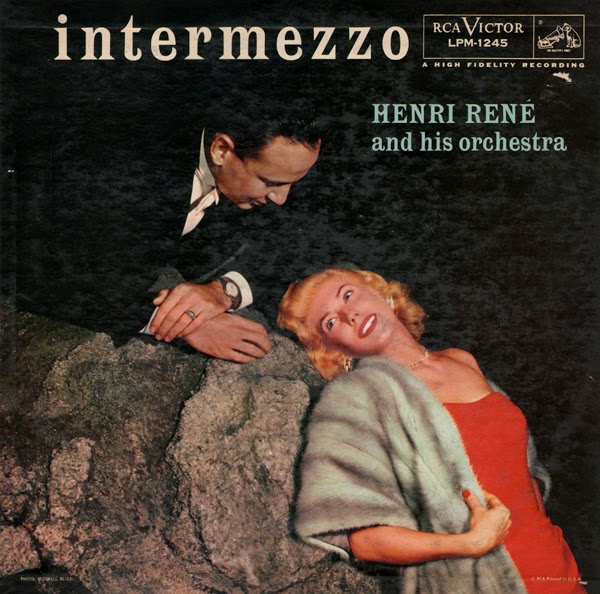 From the back cover: The basis of his (Rene) thorough musicianship was laid in his student days in Berlin during and just after the First World War. He received a typically thorough German classical musical education, which has stood him in very good stead in his career.

Immediately after finishing his education he returned to this country (New York is his birthplace) and got a short-lived job as part of a two-piano team. His first paying job was as banjo player in Charlie Strickland's Orchestra. Before branching out with his own orchestra at the age of twenty, he played with other with other orchestras and toured in vaudeville – experiences that made him thoroughly familiar with American pop music.

In 1926 he returned to Europe and toured with his own orchestra before settling in Berlin as star arranger with Electrola, then RCA Victor's German Affiliate. Later, as music director of UFA (Germany's biggest movie company) and Tobis Motion Picture Studios, he wrote and arranged scores for movies.

After ten years in Europe he came home and, a year later, became musical director or RCA Victor's International Division – a post for which his European experience fitted him perfectly.

After 1941, when European sources of recordings dried up, Rene formed his Musette Orchestra and started turning out records that had the true Continental flavor. During the war he served as instructor for soldier shows in the Special Services Group of the Fourth Service Command; after 1945, he returned to RCA Victor recording stars.

Bubble, Bubble, Bubble
Wunderbar
Roller Coaster
Mandolino Mandolino
Not As A Stranger
Toy Tiger
Intermezzo
Moonlight Madonna
Bon Soir, Paris
You Are The One
Theme from "Lost Weekend"
Prelude To The Stars
Posted by By Mark Betcher at 4:19 PM No comments: 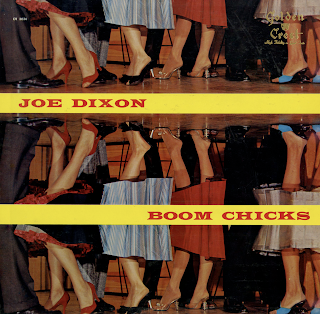 I Found A Million Dollar Baby In The Five And Ten Cent Store
It Had To Be You
Cocktails For Two
You're And Old Smoothie
All The Things You Are
Can't We Be Friends?
That Old Feeling
The Breeze And I
Say It Ain't So
Out Of Nowhere
Paradise
How Deep Is The Ocean, How High Is The Sky?
Posted by By Mark Betcher at 10:19 AM 1 comment:

The Pinnacle Of Percussion 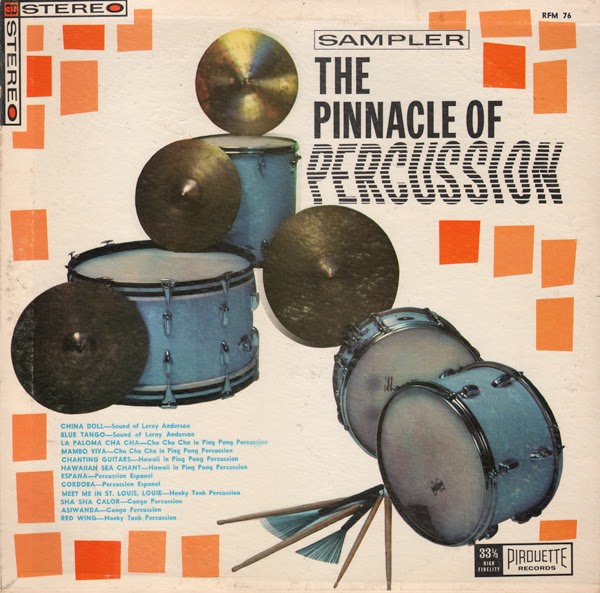 Maybe not the "pinnacle"… but for a budget label sampler (who knows where Pirouette dug up these tracks or when the "ping-pong" percussion was added)…the set features a number of obscure and enjoyable tunes.