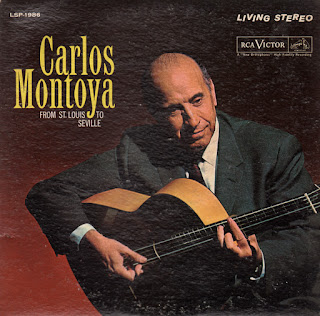 Available for online purchase download so I will not be posting a sample, but would agree with Billboard that St. Louis Blues is the standout track. closely followed by Improvisation. Current online downloads do not feature the original cover art. There is no mention, in the jacket notes, of who Montoya's session (New York jazzmen) were.

From Billboard - February 15, 1960: Here's an unusual package, wherein the great flamenco guitarist works with a jazz group on one side and give his unique and expressive interpretations of five pop tunes, best of which is a virtuoso treatment of "St. Louis Blues." Flip spotlights the usual exciting flamenco guitar work on five Latin items. "Zambrilla," "Tarants," etc. 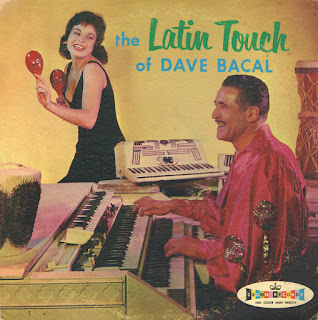 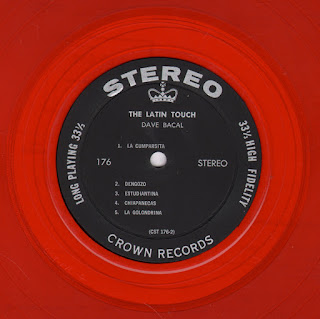 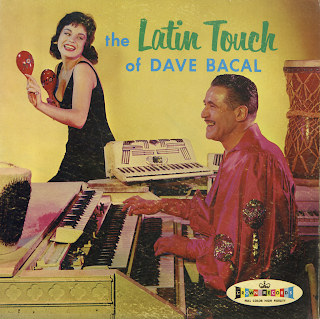 From the back cover: Currently, the talented Bacal improves to various exercises on the daily Jack LaLanne Show, seen throughout the country via the marvel of videotape.

The Latin Touch combines the unique talents of Dave, drummers Milt Holland and Gene Estes, and the ultimate product is a truly different package!

Worth collecting for the graphic impact of the jacket art and the luminescent red vinyl. The set, however, is dated by 1960 standards, lacking impact due to tame arrangements and or the sub-par engineering.

El Relicario
Malaguena
The Breeze And I
La Paloma
La Cumparsita
Dengozo
Estudiantina
Chiapanecas
La Golondrina
Posted by By Mark Betcher at 5:36 AM No comments: