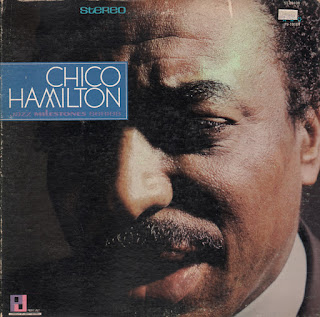 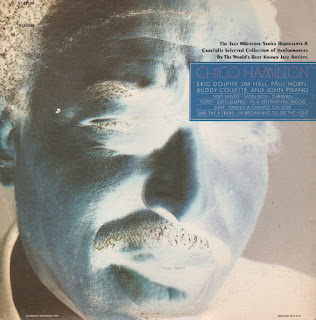 From Billboard - October 29, 1966: Chico Hamilton's cool and detached approach to jazz may not be everyone's cup of tea, but for the aficionado, drummer Hamilton ranks with the best. Both Buddy Collette and Paul Horn on tenor and alto sax respectively, make their substantial contributions.

Detached? I'm not sure what the Billboard reviewer is referring to. I experienced a subtle richness and depth when listening to this period jazz/pop/mood blend, a set that features good variation to the arrangements which helps keep your ear glued to the music. Good stuff! 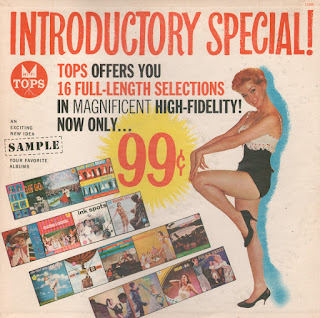 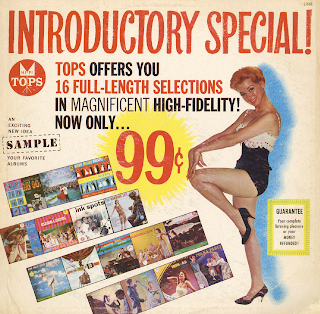 Posted by By Mark Betcher at 5:51 AM No comments: 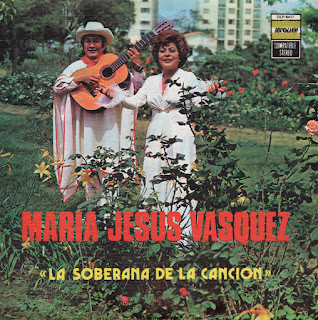 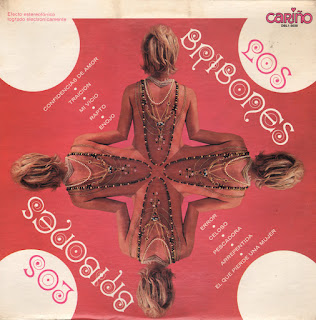 Posted by By Mark Betcher at 4:08 AM No comments: 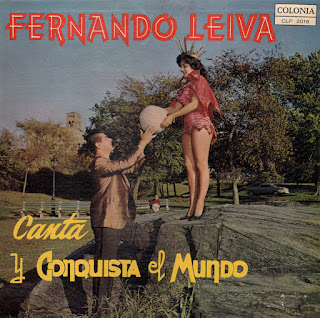 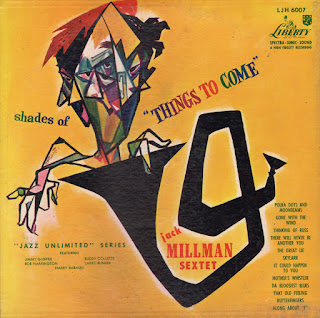 Thinking Of Russ
Along About F
Butterfingers
Polka Dots And Moonbeams
There Will Never Be Another You
The Great Lie
Da Bloosiest Blues
Mother's Whistler
Gone With The Wind
Skylark
It Could Happen To You
That Old Feeling
Posted by By Mark Betcher at 7:01 AM 1 comment: 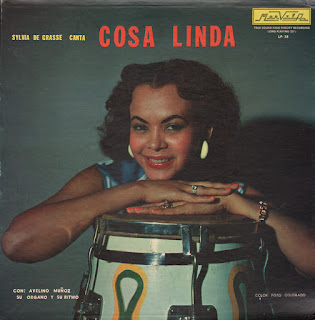 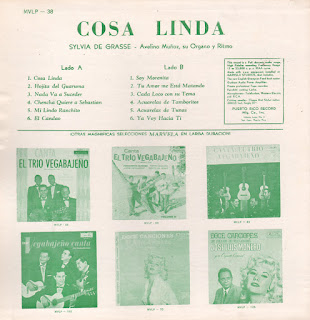 Available from online vendors so I will not post a sample.

Peppy set featuring the rich vocals of de Grasse that occasionally remind of Yma Sumac tonal vocal stylings. The traditional quality of the sound is made more "pop" and exciting for the period and for modern sensibilities by the addition of some terrific spacey organ work. 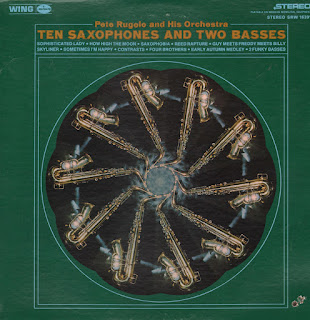 Available from online vendors so I will not be posting a sample. Presented here to share the cover art and copy.

Big band swing set arranged, for the most part, in a rich lower range jazz-tinged brass sound which supports the deeper sound of the "two basses". Sweet 1961 market entry. 2 Funky Basses is the standout tune.

From the back cover: Rugolo made an ever great name for himself (after working with Stan Kenton) as a composer of motion picture music and television scores (the exciting jazz backgrounds for the Richard Diamond series is just one notable example). But somewhere in between the Kenton years and the movie-television writing years, Rugolo had an orchestra of his own and produced many memorable recordings, always with unique orchestral effects, for Rugolo's arrangements are always stunning in their use of the richly various sounds of an orchestra's instruments. – Jere Real

Posted by By Mark Betcher at 5:18 AM No comments: