Music For Playboys To Play By - The Hollywood Playboys Orchestra 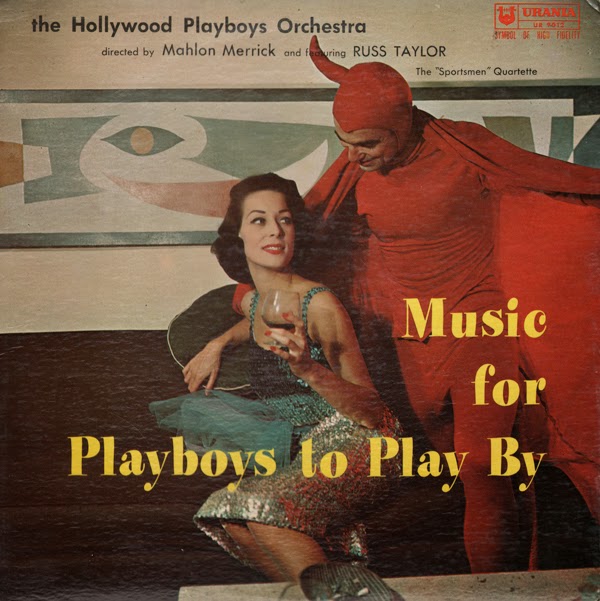 Available through several online vendors so I won't be posting a sample.

From the back cover: The Hollywood Playboys Orchestra is the new name chosen by members of the Jack Benny Radio and TV orchestra. This group of musicians have been playing Jack's show for the past twenty years with very few changes in personnel. Mahlon Merrick, the director, has been with Mr. Benny for twenty-two years. Many of the members of this organization have been featured on Jack's show. Among these are Frank Remley, the left-handed guitar player, Sammy Weise, drummer, Charlie Bagby, pianist, and Lawrence Kurkdjie, violinist, This is the first of a projected series of albums to be issued by this group. This album was recorded at Radio Recorders, Hollywood, Calif. in August 1957.

Enjoy this one for the terrific cover. The last track on the B side, Zulu Wumu, plays with a jazzy driving beat. You will not hear this fresh period exotic sound in any of the other tracks. The rest of the album seems hastily assembled and the remaining songs lack in their support of the "Playboy" theme.

Please
Anyone For Venice
Music For Playboys To Play By
Paradise
Bewitched, Bothered And Bewildered
I Don't Know Why
Top Hat, White Tie And Tails
The Night Is Young
Morning After
Lady Of The Evening
Sweet And Lovely
Zulu Wuwu
Posted by By Mark Betcher at 6:24 PM No comments: 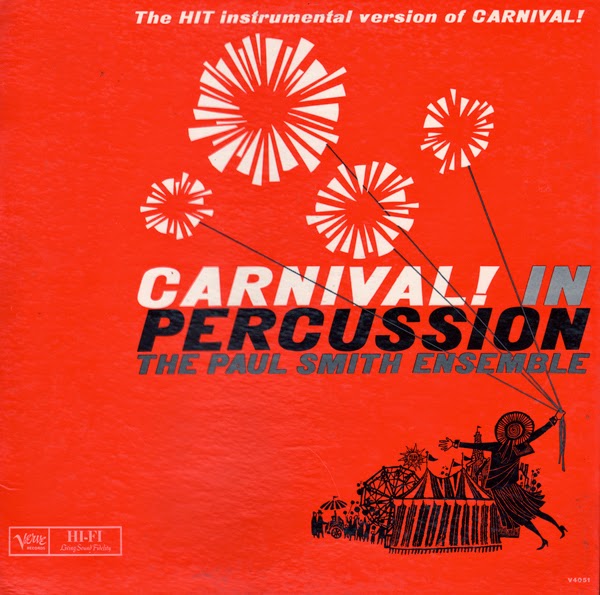 The Sword, The Rose And The Cape
Carnival In Percussion
The Paul Smith Ensemble
Verve Records V4051
1962

From the cover notes: Paul Smith… an imaginative and gifted keyboard man who wandered away from home in his youth as a ward of the daring and stimulating arranger-orchestra leader, Johnny Richards. Piano, organ, celeste, harpsichord, and that little wonder of the chimes family, the keyboard glockenspiel – Paul has imposed his musicianship on each and the result have won him wide recognition as a radio, television and recording artist.

Theme From Carnival!
The World Go 'Round
Magic, Magic
She's My Love
Yes, My Heart
The Sword, The Rose And The Cape
Direct From Vienna
Mira
Very Nice
Posted by By Mark Betcher at 2:44 PM No comments: 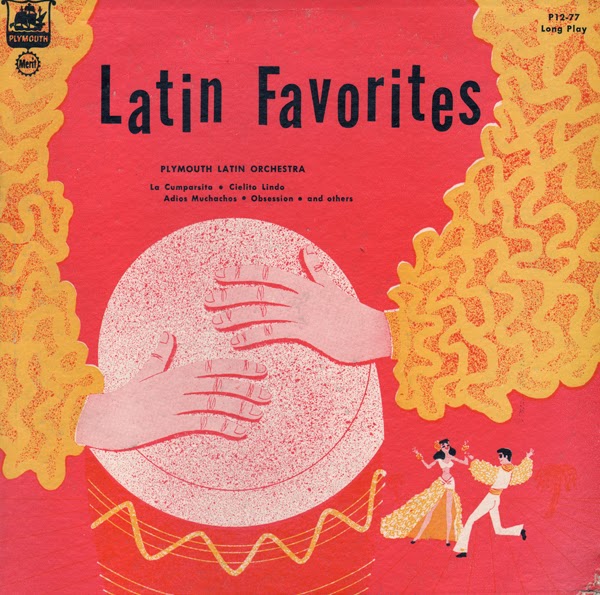 The total budget Plymouth label assembles on this release yet another bargain basement package with only enough material to fill one and a half sides. None-the-less, the cover illustration is creative and the set for a Plymouth effort features a few decent tracks.