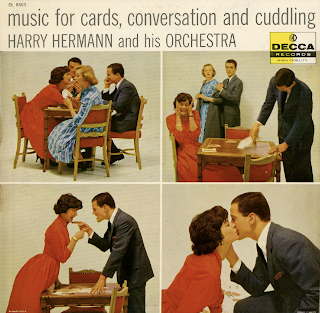 From the back cover: There is scarcely an area in the musical world in which Harry Hermann is not well versed, having gained recognition as conductor, composer, performer and arranger. His musical mastery covers the range of "serious" music from concert versions of the great operas to the music of George Gershwin (of which he is very fond). Born in Vienna, his intensive classical background is pointed up by the fact that at seventeen, he was playing with the Vienna Philharmonic under the direction of Richard Strauss.

From Billboard - January 20, 1958: A package of instrumental performances, lush and soothing is quality. Material is Continental in quality – primarily Viennese, written by Kalman, Benatsky, Stolz, etc. Cover is attractive, having a panel of four pictures which depict the title. Moderate potential.

It Must Be Something Wonderful
I'd Love To Dance
The Swallows
In The Days Gone By
Auch Du Wirst Mich Einmal Betrugen
Zwei Marchenaugen
Kiss Me Once More Goodbye
Sister Mine
Say Yes, Sweetheart, Say Yes
Don't Ask Me Why
Sunset Melody
Darling
Posted by By Mark Betcher at 11:29 PM No comments: 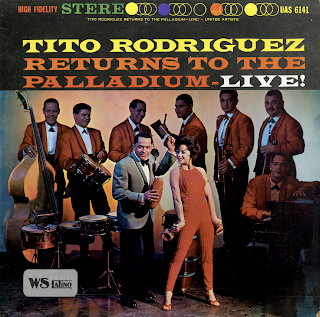 From the back cover: Tito's talents are many, including musicianship that has  been acclaimed internationally, and writing of the songs which other Latin American orchestras constantly feature in their repertoire. And these talents, which came to light when Tito was a part of the Xavier Cugat orchestra, then burned brighter and brighter as his own career progressed, today have set Tito on a musical throne where the public has placed him, a King in his chosen profession. 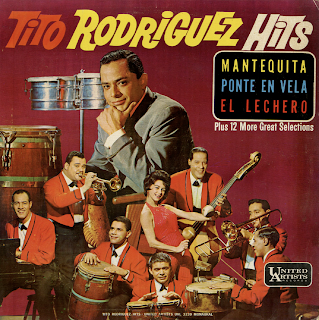 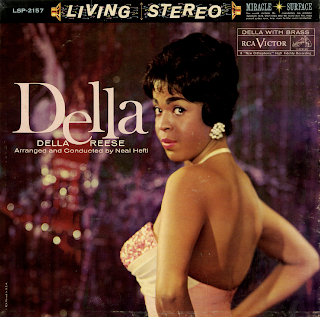 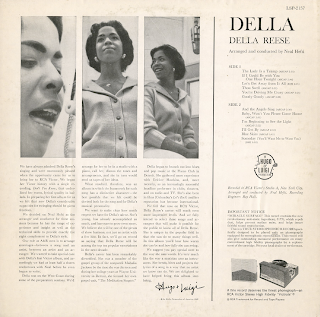 From the back cover: Della's career has been remarkably diversified. She was a member of the gospel group of the nonpareil Mahalia Jackson by the time she was thirteen and during her college years at Wayne University in Detroit, she formed her own gospel unit, "The Mediation Singers."

Della began to branch out into blues and pop music at the Flame Club in Detroit. She gathered more experience with Ershine Hawkins, and, more recently, as an increasingly successful headline performer in clubs, theaters, and on radio and TV. She's also been in films (Columbia's Let's Rock) and her reputation has become international.

The Lady Is A Tramp
It I Could Be With You One Hour Tonight
Let's Get Away From It All
Thou Swell
You're Driving Me Crazy
Goody Goody
And The Angels Sing
Baby, Won't You Please Come Home
I'm Beginning To See The Light
I'll Get By
Blue Skies
Someday (You'll Want Me To Want You)
Posted by By Mark Betcher at 6:34 PM No comments: 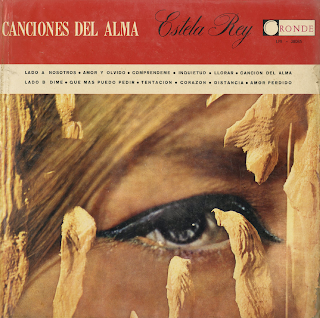 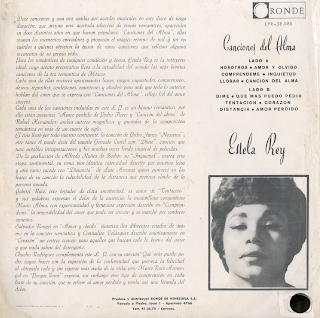 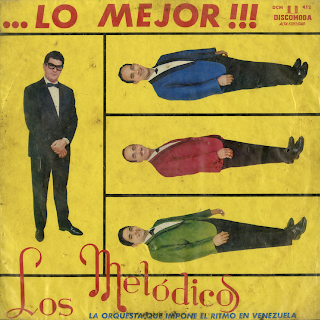 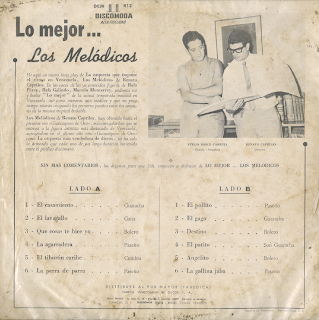