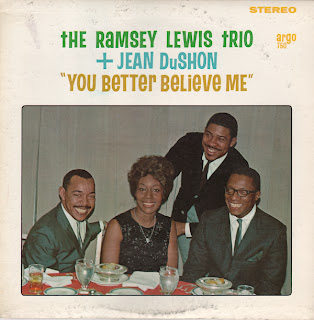 From the back cover: Jean DeShon is making her second recorded appearance on ARGO. Her first album, which rapidly drew rave reviews and many plays from disc jockeys throughout the country, was recorded last summer. This album can only help to add to the well-deserved praise and recognition that her first ARGO effort won for her.

I was drawn to the cover photo which struck me as curiously informal. Whether planned, or not, the vibe one side one also sounds "informal" which could be due to how the recording was engineered. The album was recorded at Universal Recording Studio, Chicago, Illinois, on December 19, 1964 and January 14, 1965).

You'd Better Believe Me
Who Can I Turn To
Night Time
Something You Got
He Was Too Good To Me
Goodbye Lover, Hello Friend
Corcovado
Ain't Nobody's Business
It Had Better Be Tonight
My Coloring Book
I'm Beginning To See The Light
Posted by By Mark Betcher at 8:01 PM No comments:

Songs Of The Islands - Sam Makia 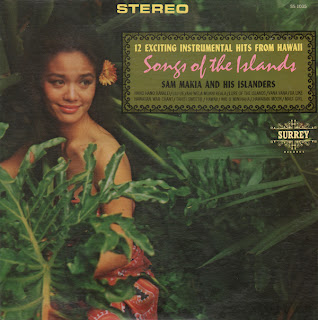 Here is another album, Hawaii The Fabulous Fiftieth State, featuring the artist "Sam Makia" in association with Frank Hunter.

The tunes blend pop influenced passages with the traditional pedal steel island vibe.
Posted by By Mark Betcher at 11:48 AM No comments: 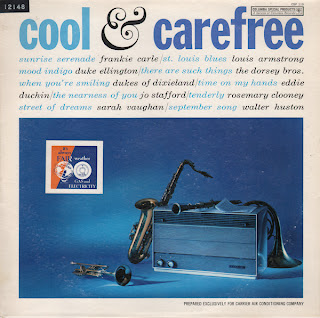 There is a nice collection of tracks to be heard on this promotional release from Carrier.
Posted by By Mark Betcher at 6:14 AM No comments: 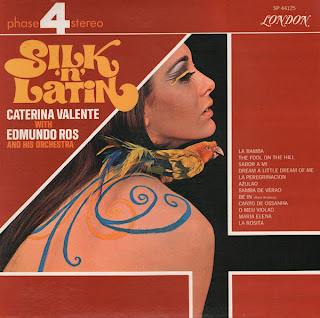 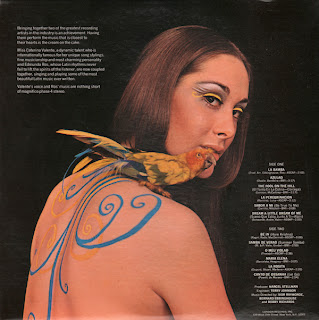 I enjoy Ros albums. The album formula is very often light pop/Latin instrumental along with several vocal numbers by Ros. In this case, the album is heavier on the light pop vibe and all vocal, of course featuring Valente.

The sound is fresh and interesting all the way through. Enjoy the samples recorded from a sealed copy I found.

I can't confirm, but I think the cover model is Valente.

Valente recorded with Ros at least once and before this release on a Brazilian LP titled Caterina Valente com Edmundo Ros.

La Banba
Azulao
The Fool On The Hill
La Peregrinacion
Sabor A Mi
Dream A Little Dream Of Me
Be In
Samba De Verao
O Meu Violao
Maria Elena
La Rosita
Canto De Ossahna
Posted by By Mark Betcher at 5:25 AM No comments: 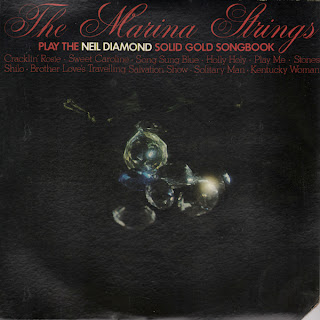 Here's an obscure mid-70s easy listening. The jacket was sealed. That's all I got on this gem...
Posted by By Mark Betcher at 4:32 AM 1 comment: 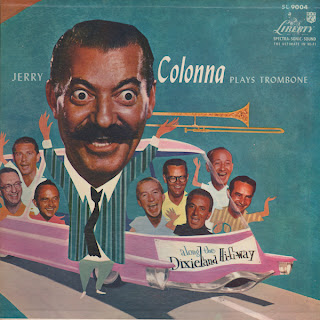 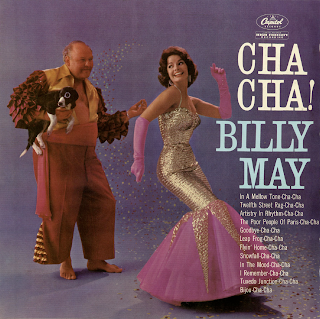 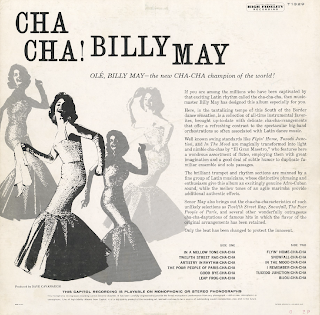 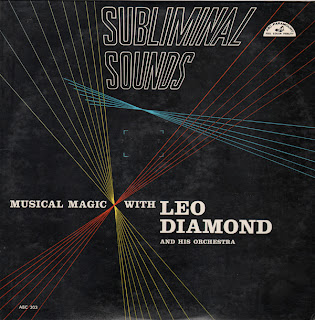 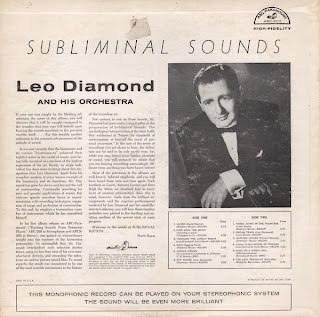 From Billboard September 7, 1959: Harmonica artist Leo Diamond – also an expert in the recording art – has put together a beautifully done package of standards. Album cover includes one of those magical blinking orbs, which, with the album title, lends a touch of mystery to the contents. The performances are really fine, and include "Laura," "Off Shore" and "Jungle Drums."

From the back cover: Mr. Diamond has gone far above and beyond the call of musicianship. Continually searching for new and greater applications of sound, this virtuoso spends countless hours in experimentation with recording techniques, expansion of range and perfection of construction. To this end, he employs a tremendous number of instruments which he has assembled himself.

Oh darn... my copy is missing the blinking eye...

Oh well... not to worry... I've still got the great music to enjoy. OK OK... I want the blinking eye cover!

Until I find a blinking eye cover, enjoy a sample from one of Diamond's best albums.

Laura
How High The Moon
Through The Lonely Night
Rain
Jungle Drums
Off Shore
Three Coins In The Fountain
Dream Train
Autumn Leaves
High On A Windy Hill
The Last Round Up
Posted by By Mark Betcher at 6:57 PM No comments: