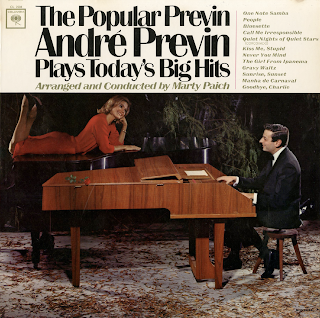 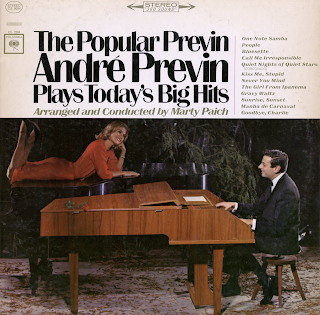 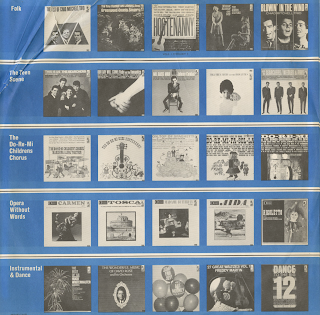 From Billboard - December 4, 1965: Andre Previn is a young Hollywood composer; therefore, it's only natural that he should be such an able delineator of the works of other young Hollywood composers. Some of his own compositions are here, of course, but there's some good pickings from Henry Mancini, Elmer Bernstein and Johnny Williams.