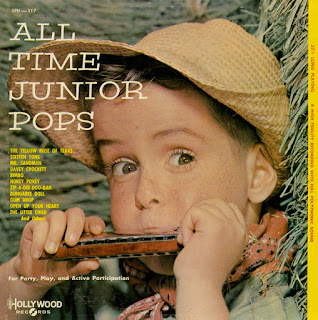 Not just a "junior pops" set, but rather a compilation that the adults watching the children do "active participation" might enjoy as well. 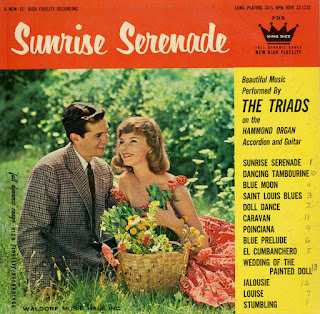 Peppy set of tunes from a group who styled themselves after The Three Suns.

From the back cover: The Triads have been playing just this sort of music throughout the country, supplying simple, yet very musical sounds for the patrons of such outstanding spots as the Piccadilly Hotel in New York (that's where The Three Suns also starred), the Sahara in Las Vegas, and for twenty-four weeks out of each year at their home base, the renowned Syracuse Hotel in Syracuse, New York. 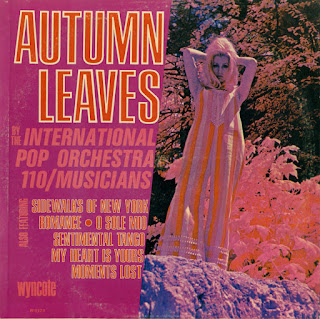 Groovy cover. The former owner of the album penciled this note on the back jacket: "Good. Relaxing."

Autumn Leaves
Roses Of Tyrol
Side Walks Of New York
Drink To Me Only With Thine Eyes
Romance
Sentimental Tango
O Sole Mio
My Heart Is Yours
Moments Lost
Posted by By Mark Betcher at 3:08 AM No comments: