A Day In The Life - Wes Montgomery 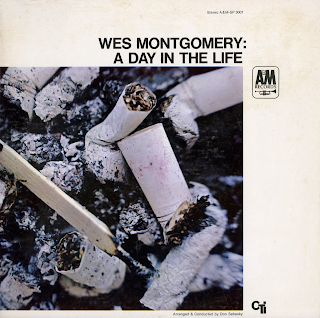 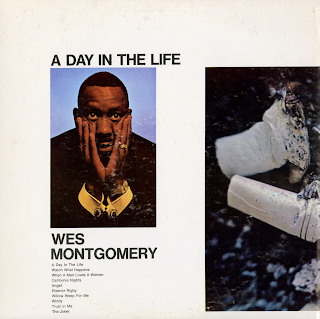 From the inside cover: As for the company he (Montgomery) keeps on this LP, his drummer is Grady Tate (at one time of another an accomplice of the accomplished Jimmy Smith, Kenny Burrell, and Bill Evans); his bassist is the impeccable Ron Carter and his pianist is Herbie Hancock. Ron and Herbie are both with Miles Davis. (Hancock, by the way, composed Watermelon Man and the score of Antonioni's controversial film, Blow-up.) The arranger and conductor is Don Sebesky, among whose many credits is Wes' own California Dreaming.

A Day In The Life
Watch What Happens
When A Man Loves A Woman
California Nights
Angel
Eleanor Rigby
Willow Weep For Me
Windy
Trust In Me
The Joker
Posted by By Mark Betcher at 3:45 AM