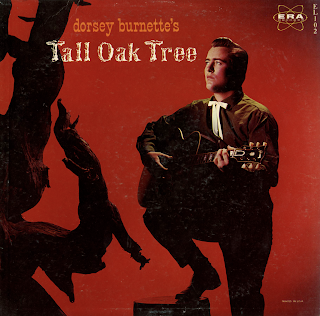 Available from online vendors so I will not be posting a sample. Presented here to share the dynamic original cover art.

From the back cover: This larger-than-normal approach to living has been Dorsey's pattern ever since he was a boy in Memphis, Tennessee, where the Mississippi River flowed by with promises of distant adventures. At fourteen Dorsey succumbed to the lure of the river and sailed off on the riverboats, working as an oiler, a deck hand, a striker in the engine room, whatever would give him passage to the wondrous world that stretched out between New Orleans and Minneapolis.

Having taught himself to play the guitar at the age of nine, Dorsey was well prepared to entertain the other boatmen, singing the songs he had learned in his childhood and quickly picking up the varied and colorful songs that flowed on to the Mississippi from the people and places along its bank.

After a few years on the river, Dorsey became a prizefighter. It was his challenge to the world, and, as a promising light-heavyweight, he slugged his way through a whole string of victories. Soon, however, he realized that this was not the life he wanted and he retired from the ring, undefeated. Now he returned to singing, but this time hopeful that he could make a career out of it. A local winner in the Ted Mack Amateur Hour competitions, he went on to New York and Madison Square Garden, where he triumphed in the finals. It was the big push he needed; from then on he was a "pro." This was several years ago, and ever since then he has traveled the country, playing clubs and fairs and dances, making records, growing in stature both personally and professionally.

From Billboard - January 11, 1960 (ERA 3012 - Tall Oak Tree): Light, bright rocker receives a happy reading by Burette over a solid rhythm backing. This could get some action.