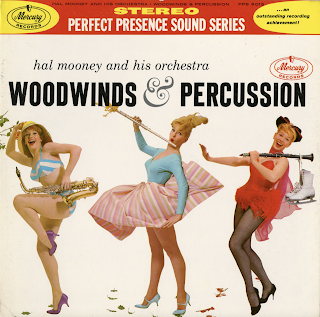 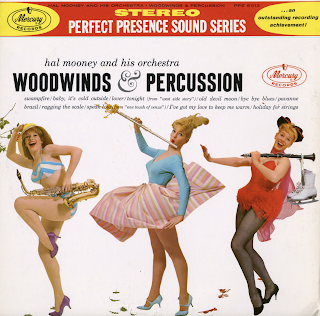 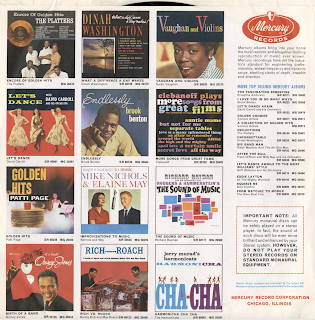 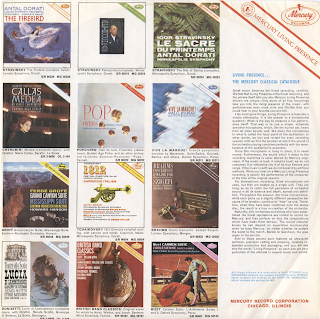 From the inside cover: As a youngster, Hal studied classical piano for over ten years. It took only two years at St. John's Law School in Brooklyn to convince him that he wanted a musical career. Songwriting came first. Swampfire, an exciting instrumental included in the present album, came out of these early efforts. Study with theorist Joseph Schillinger, to whose studio arrangers and bandleaders of the swing era flocked for guidance, led Hal to turn to arranging as his calling. His first assignment was with one of the big name bands of the day. After Hal Kemp came Jimmy Dorsey, which involved working with Bob Eberle and Helen O'Connell (recently come out of retirement) at the peak of their fabulous singing careers.

In 1943, while he was in Hollywood with the Dorsey band, Hal's number came up in the draft. It was three years before he got out of army fatigues and back to the arranger's score pad. Settling in Hollywood in '46, Hal became one of the movie capitol's most active and widely-used free-lance arrangers. It would be impossible to mention all the vocalists with whom he worked. A representative list would include Mel Torme, Billy Eckstine, Peggy Lee, Kay Starr, Bing Crosby, Judy Garland, Dinah Washington, Dick Haymes, Sarah Vaughan and Frank Sinatra. After fourteen years, Hal accepted an offer from Mercury Records, moved his family to New York, and has since functioned, first, as musical director, and more recently, as A&R executive. Also, he has moved out of the quiet recesses where arrangers burn the midnight oil up into the glare of the conductor's podium. Now, when he burns the midnight oil, a record bears the inscription: Arranged and conducted by Hal Mooney. – Arnold Shaw

From Billboard - March 13, 1961: Here's another of the new Perfect Presence sound line for the label, with three most attractive lassies on the cover setting the gay mood. Mooney has done some sharp arrangements for a sizable complement of woodwinds, effectively showcased in front of tasteful but never overwhelming percussion effects. The rhythm emphasis is Latin applied to mostly standards and one fine show tune of the more modern ear. "Tonight," from "West Side Story." Set can appeal to dancers, mood buyers or sound buffs.

The Sounds And The Songs
Baby, It's Cold Outside
Lover
Tonight
Old Devil Moon
Bye Bye Blues
Pavanne
Brazil
Ragging The Scale
Speak Low
I've Got My Love To Keep My Warm
Holiday For Strings
Posted by By Mark Betcher at 4:02 PM