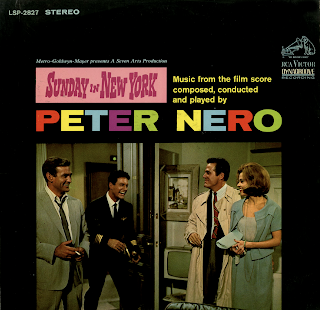 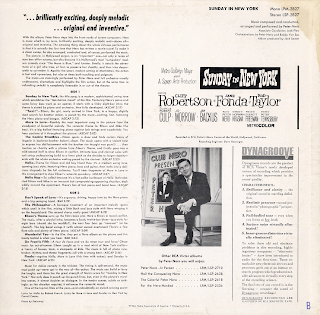 From Billboard - April 4, 1964: Peter Nero who has seven hit albums under his belt at RCA Victor, is now casting his eyes toward the singles field. Nero, who was in New York recently for a college date and to sign a new long-term contract with Victor, feels that the singles market is now ripe for his type of material and he's now looking into the possibilities of turning out more singles product during the course of the year.

The Nero drive into the singles field will not affect his album production, however, Nero says that he'll continue putting out three LP's a year as he had been doing under his pervious arrangement with Victor. The material for the singles, he says, will be original, and not culled from album tracks.

Meanwhile, Nero is hitting the college trail with a vengeance. He played about 200 campus dates tin 1963 and reports that this year he's well ahead of the 1963 pace. Of the college scene, Nero said, "I'd have to do 20 years of one-nighters to cover all the colleges."

In addition to his campus concertizing, Nero is also extending his efforts into composing for the movies. His initial effort was "Sunday In New York" and he's under contract for three more pic scores to Seven Arts Productions.

The "Sunday In New York" album is his current click release for Victor. His previous LP's were "Then Colorful Peter Nero," "For The Nero Minded," "Hail The Conquering Nero," "New Piano In Town," "Young And Warm and Wonderful" and "Peter Nero In Person."