Kitten On The Keys - Jack Fina 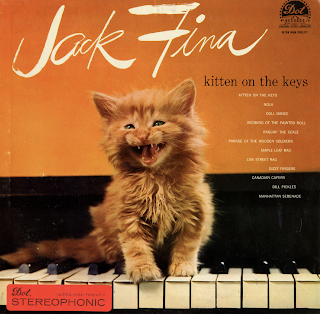 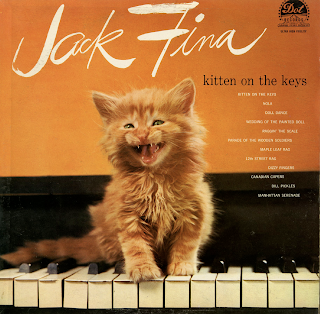 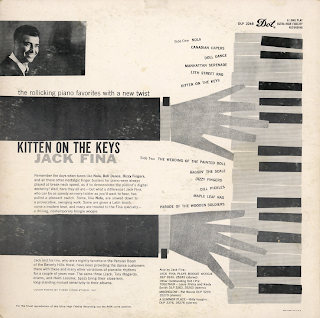 From the back cover: Jack and his trio, who are a nightly favorite in the Persian Room of the Beverly Hills Hotel, have been providing the dance customers there with these and many other variations of pianistic rhythms for a couple of years now. The same (Jack, Tiny Magardo, drums, and Herb Lessner, bass) bring their close-knit, long-standing mutual sensitivity to their albums.

From Billboard - January 4, 1960: Jack Fina, who used to perform on wax with the Freddy Martin crew, turns in a bright group of readings here of a collection of standards, played in clever boogie-woogie style. Selections include "Kitten On The Keys," "Ballin' The Jack," "Begin The Beguine" and "Honky Tonk Train."