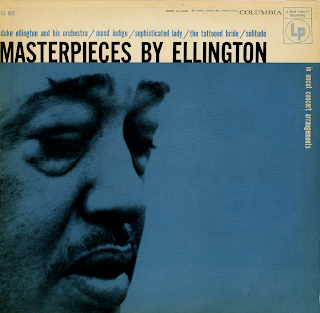 From the back cover: Born in Washington D.C. on April 29, 1899, he earned his name Duke in high school, for his exceptionally neat dress and fastidious manners. Edward Kennedy Ellington took only a few piano lessons, but became proficient enough to acquire a job as jazz pianist in Washington cafes during the first World War. At the same time, he became a member of a large orchestra organized by Russell Wooding to give Sunday night concerts in the war-time capital.

Later, he became the leader of one of Oliver "Doc" Perry's orchestras, and in 1922 he joined Elmer Snowden's orchestra, where he met trumpeter Arthur Whetsel, drummer Sonny Greer and saxophonist Otto Hardwick. Next he played with Wilbur Sweatman's band, and sometimes obtained outside engagements with a five-piece group known as The Washingtonians, including the above-named players, with James Miley as second trumpeter and trombonist Charley Ervis.

In 1926, he moved to New York and began playing at the Kentucky Club with his own orchestra. His fame began to spread, and soon publisher Irving Mills stepped in to foster the growth and promotion of the orchestra. On December 4, 1927, Ellington opened at the then-famous Cotton Club in Harlem, and here the tingling excitement of his music really burst into the limelight. The startling arrangements, the unforgettable originals poured forth in rich profusion, and the orchestra was securely established as one of the great organizations in music, a popular success, and a critical success. This record presents, for the first time in full-length recorded arrangements, four of the finest Ellington scores, typical of the advancement and lively intelligence that the Duke has brought to popular music. Each is genuinely a masterpiece, and each, obviously, could have only been created by Duke Ellington and his orchestra. – GBD