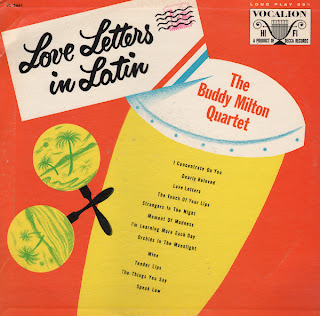 In 1950 the quartet was playing the Jean Goldkette's Fantasia formerly the Latin Quarter, a theater in Detroit that was having fanancial issues. The American Guild of Variety Artists and The American Federation of Musicians had to step in and "protect" Milton who was playing a low-budget ice show there.
Posted by By Mark Betcher at 4:01 PM