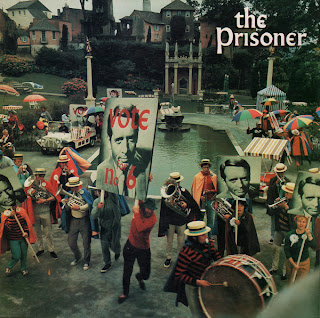 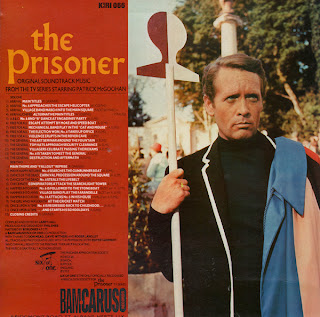 Here's a bit of a rare release (more so in the states). I think the album was a UK only release.

Some, if not all of the tracks are available for purchase/download (or at least the few I searched for on Amazon). So I will not be posting a sample.

The album plays more like a soundtrack. The tracks are numerous and short. The producers tried to arrange the tracks as they appeared in the series, noting that some tracks were juxtaposed to help "preserve a musical balance".

If you are too young to remember The Prisoner, I would recommend watching it on DVD. The show was a unique and groovy blend of science fiction, fantasy, spy/secret agent and 60s counterculture.
Posted by By Mark Betcher at 3:38 PM