Dance To The Best Of Bostic 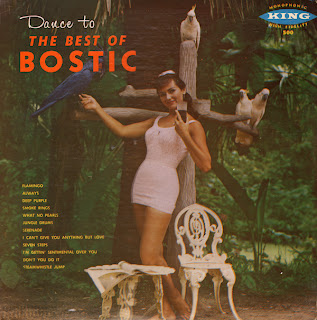 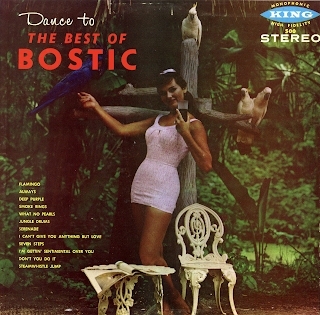 Smoke Rings (Stereo)
Dance To The Best Of Bostic
Cover: Courtesy of Jantizen, Inc.
King Records 500 & 500 STEREO
1956
From the back cover: Besides being recognized as a top alto sax stylist in the music world... Earl is an arranger of note and a composer. His first arrangement was made while in school by humming the parts of the individual instruments and writing them to form a style he thought might appeal to the public. He was right! Even at an early age, Bostic knew the desires and feelings of the dancing public.
Many of his recorded hits have been original compositions... and, for others he has turned old tunes as "Let Me Off Uptown", "The Major And The Minor", "Brooklyn Boogie", which have all become recording success played by name bands.
His education in music came from playing with great orchestra such as: Don Redmon, Cab Calloway and Lionel Hampton – to name a few. His arranging prowess came to light when he turned out successful music for Louis Prima, Lionel Hampton and Jack Teagarden. Other appreciation of technique developed when he played with such greats as Red Allen, J. C. Higginbotham, Sid Catlett, Teddy Wilson and Lionel Hampton.

Flamingo
Always
Deep Purple
Smoke Rings
What No Pearls
Jungle Drums
Serenade
I Can't Give You Anything But Love
Seven Steps
I'm Gettin' Sentimental Over You
Don't You Do It
Steamwhistle Jump
Posted by By Mark Betcher at 3:28 AM