Barefoot In The Park - Neal Hefti 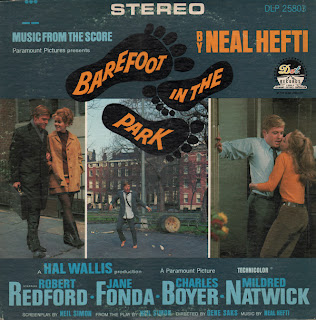 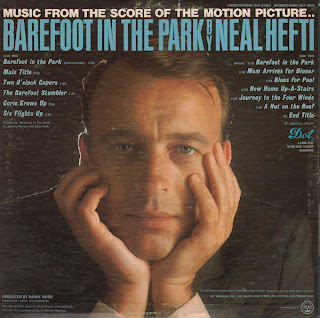 If anyone had his finger on the pulse of mid-60s light pop it was Neal Hefti. He created several great space age albums including, Batman and Hefti In Gotham City. Both of those albums are available on CD. This one isn't.

As a soundtrack for a more conventionally themed film your will hear conventional sounding tracks on this LP. But there is still plenty of the cool space age Hefti to hold your interest. Light and playful stuff.
Posted by By Mark Betcher at 9:25 AM