Around The World In Percussion 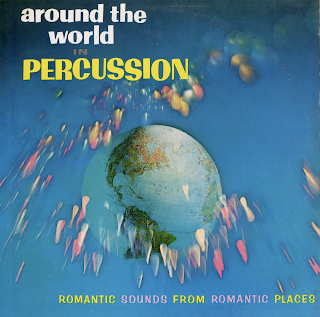 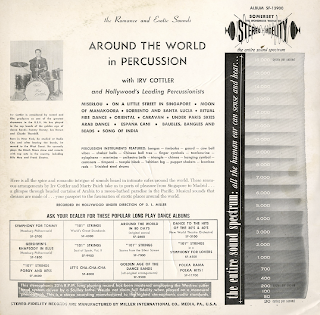 From the back cover: Irv Cottler is considered by record and film producers as one of the greatest drummers in the U.S.A. He has played in the top dance bands of the golden age of dance bands – Tommy Dorsey, Les Brown and Claude Thornhill.

Born in New York, he studied at Radio City and after leaving the bands, he moved to the West Coast. He currently plays the Dinah Shore show and records with top acts in the country, including Billy May and Frank Sinatra.