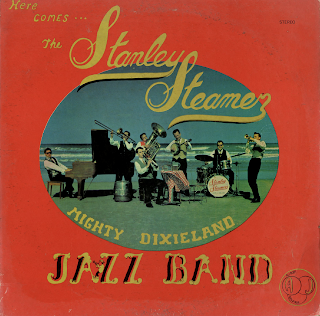 From the back cover: Down on the World's Most Famous Beach, a sound was born in a place called "T-Bone's"... and they called it Stanley Steamer. The main purpose was to create some music that would make the good times roll; that would stand up and say Life Is Good! – a difficult statement to make these days, but one that needs saying. So, down in Daytona, right on the same beach where, in 1906, the original Stanley Steamer amazed the world, whistling along about about 130 mph, this new Steamer took off with all the enthusiasm of its predecessor (and hopefully won't bust its boiler as befell that illustrious forerunner). – Ken Squier - WDEV