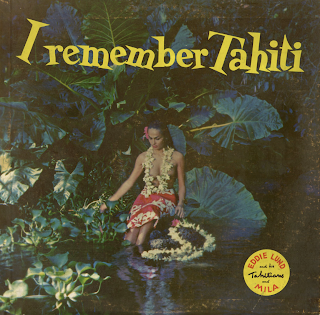 From the back cover: For those who are still strangers to the South Pacific and its music, we hope that the fascinating off-beat guitars, coconut ukuleles and native drums, the striking tone colors of nose flutes and bamboo woodblocks, and especially the exciting voice of Mila, Tahiti's favorite singer, will be inducement enough for them to break away and join the ever-increasing group of aficionados who murmur with a sigh and a faraway look in their eye: "I remember Tahiti..." – Eddie Lund