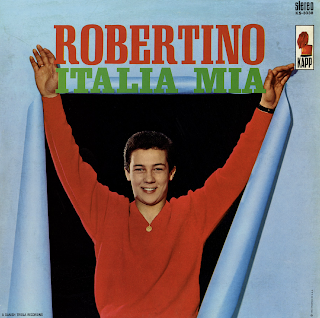 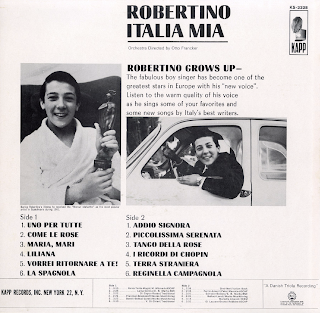 From Billboard - September 7, 1963: Here's a young Italian lad who has done pretty well on the America record scene. A big seller in his native country, Robertino scored this past Christmas season with an album on the top LP chart. This one might also make pop noise in this country generally, but it's bound to be a smash with the Italian-speaking population.