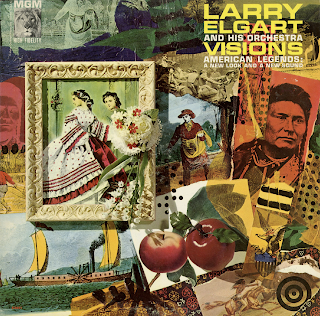 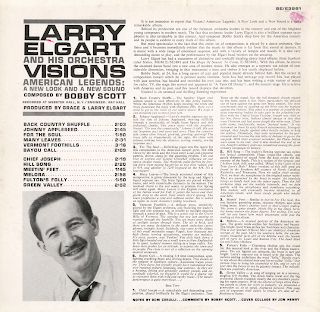 From the back cover: Bobby Scott, at 24, has a long career of jazz and popular music already behind him. But the career in composition toward which he is pointed seems limitless. Scott has had teen-age pop record hits, has played with jazz combos, has headed and recorded his own jazz trio, and has been writing a wide variety of music for radio, TV, the stage (he scored and appeared in "A Taste Of Honey"), and the concert stage. He is in love with America and its past, and this record displays that devotions.

From Billboard - October 9, 1961: The Elgart band performs a specially written American suite by pianist Bobby Scott on this LP. All of the material is original, but culled from the composer's acquaintance with musical forms of the United States. There are touches of country music, the gospel accent, soft flowing folk-like melodies and hard driving rhythm. The tour is 12 tracks in length and features the leader on soprano sax and some punching piano, presumably by the composer.