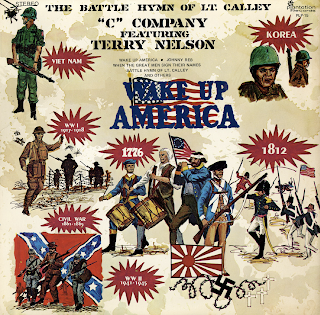 From Billboard - May 8, 1971: A bevy of patriotic tunes, well done. Best cuts: The nationwide hit of "The Battle Hymn of Lt. Calley" and "Buffalo Soldiers" which soul music stations might consider playing strictly for its ethnic uplifting quality. Dealers: The hit single is here swept the nation like wildfire. Capitalize on this and the publicity surrounding Calley for bonus sales.