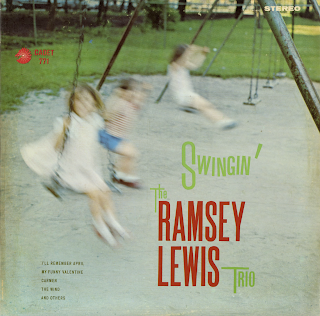 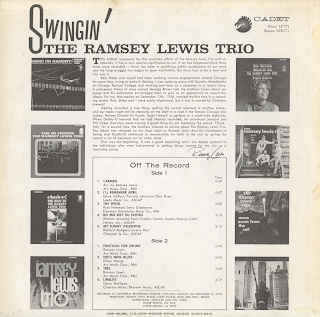 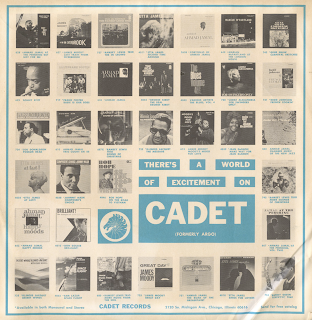 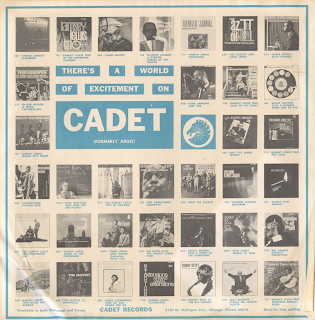 From the back cover: This album represents the first recorded effort of The Ramsey Lewis Trio and so, naturally, it has a very significance to me. A lot has happened since these tunes were recorded – there has been a gratifying public acceptance of our work and the long struggle has begun to seem worthwhile. But there had to be a start and this was it.

Red, Eldee and myself had been working various engagements around Chicago for some time, trying to make it. Besides, I was studying piano with Dorothy Mendelsohn at Chicago Musical College and working part-time as a salesman in a record store. A policeman friend of mine named George Brown told the brothers Chess about our group and his enthusiasm encouraged them to give us an opportunity to record this album. For me, that session on December 12th, 1956, marked my first time in a recording studio. Red, Eldee and I were pretty frightened, but it was a wonderful Christmas present!

Getting recorded is one thing; getting the record released is another matter, and our hopes might still be reposing on the shelf in a vault if the famous Chicago disc jockey, Holmes (Daddy-O) Daylie, hadn't heard us perform in a south-side nightclub. When Daddy-O learned that we had already recorded, he convinced Leonard and Phil Chess that they were missing a good thing by not releasing the album. Thankfully, for a second time, the brothers listened to advice about The Ramsey Lewis Trio. The album was released on the Argo label as Ramsey Lewis And His Gentlemen Of Swing and Daddy-O continued to demonstrate his faith in the trio by giving the record a lot of exposure on his radio show.

Thus was the beginning. It was a good beginning and I am deeply grateful to the individuals who were instrumental in getting things started for the trio as a recording group. – Ramsey Lewis