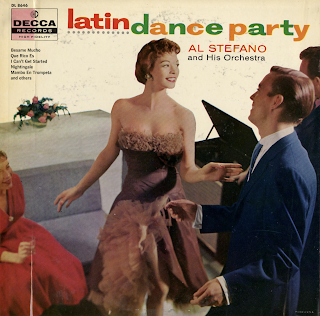 From the back cover: Al Stefano is a musician who from the onset of his career has had a strong belief in quality. He has expressed this belief by being a tremendous admirer of the one and only Perez Prado.

Beginning as a drummer, Al formed his own orchestra but three years ago, and is already firmly established as one of the leading Latin American dance bands.