Dick Hyman And His Trio 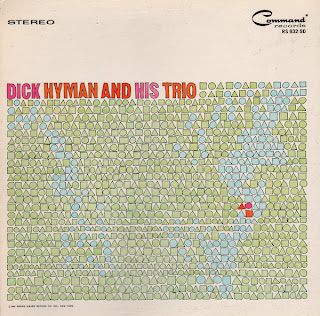 This album was a bit of a surprise. It's the first small combo straight forward jazz album I've found on Command.  This album was produced in the middle of a mess of great sugar-coated light-pop and ping-pong percussion albums Light released during the early 60s.

Hyman went on to create several terrific moog albums on Command/ABC later in the decade. It's interesting to note the wide variety of approaches Hyman produced during his career.
Posted by By Mark Betcher at 3:36 PM