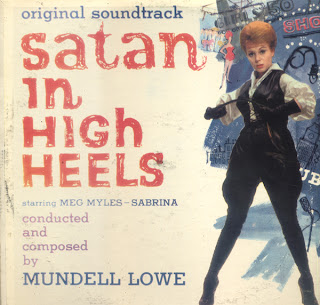 The movie, released in 1962, is a budget exploitation film (what else). I bought the record, sucked in by the title like the good/bad boy I am. I expected some wicked 60s shlock sound track, but, instead I put a cool space age jazz album on the turntable. The album is basically a "normal" record in that it doesn't play like a soundtrack. There has to be a story behind how a movie such as this gets hooked up with Charlie Parker Records.

The album is available on CD. Vinyl is pretty easy to find cheap. I post a clip from the movie below. The record is way better then this clip... Not to say I didn't enjoy the leather!