Let's All Sing With The Chipmunks 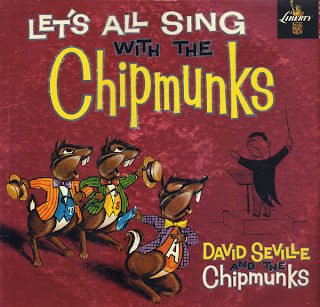 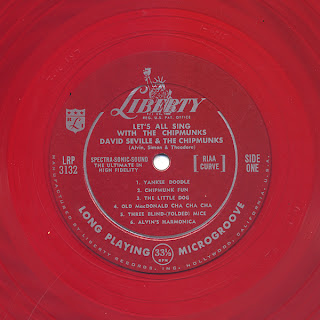 This is the original Liberty release on red vinyl. Several years later the reissue would feature The Chipmunks in their more recognizable form (from the 1961-62 TV cartoon, The Alvin Show).

This jacket cover is red foil with over printing. 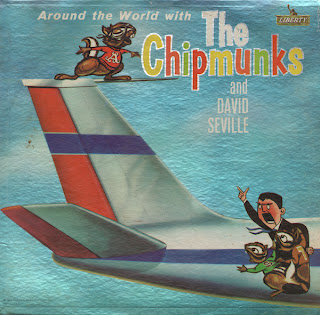 OK... I'm 55 years old and I still LOVE this record! Once again, we have a Liberty Chipmunks released just before the animated representations of the characters set their look in stone.

The music is fun because of all the "folk styles" required to create the songs the "boys" sing as they travel around the world. And of course... who can forget the catchy tune Japanese Banana? I know I can't.
Posted by By Mark Betcher at 1:23 PM