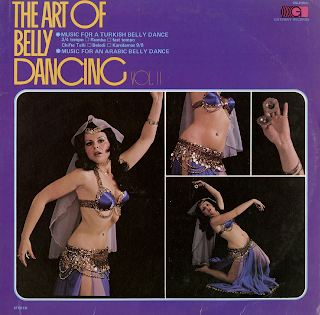 From the back cover: Jilana, our production supervisor is an experienced belly dane teacher who has been dancing since she was a young child. She became interested in the art of belly dancing after having been a ballet and modern dancer when she discovered that the movements helped reduce her waist line and tone her muscles even more so than in the others. An avid tennis player and swimmer, she combines business with pleasure by teaching belly dancing at several of New York's summer resort hotels.

Side Two (Single Track)
Posted by By Mark Betcher at 5:14 PM