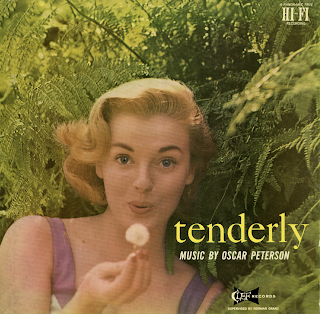 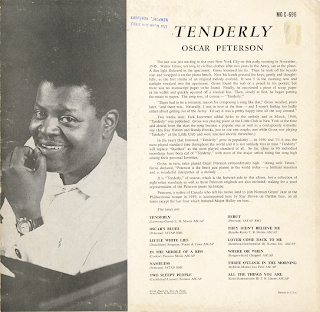 From the back cover: The sun was just starting to rise over New York City on this early morning in November 1945. Walter Gross, not long in civilian clothes after two years in the Army, sat at the piano. A dim light flickered in the apartment. Gross loosened his tie. Then he took off his tuxedo coat and wrapped it on the piano bench. Now his hands pressed the keys, gently and thoughtfully, as the first strains of an original melody evolved. It was 5 in the morning now and sunlight streaked into the apartment. Gross found the nub of a pencil in his pocket, but there was no manuscript paper to be found. Finally, he uncovered a piece of scrap paper in his wallet and quickly squared off a musical bar. Then, slowly at first, he began putting the music to paper. The song was, of course – "Tenderly."

"There had to be a romantic reason for composing a song like that," Gross recalled, years later,"and there was. Naturally, I was in love at the time – and I wasn't feeling too badly either about getting out of the Army. I'd say it was a pretty happy time all the way around."

Two week later, Jack Lawrence added lyrics to the melody and in March, 1946, "Tenderly" was published. Gross was playing piano at the Little Club in New York at the time and almost from the start to song became a popular one as well as a contagiously romantic one (Ina Ray Hutton and Randy Brooks, just to cite one couple, met while Gross was playing "Tenderly" at the Little Club and were married shortly thereafter.)

Gross, in turn, rates pianist Oscar Peterson extraordinarily high. "Along with Tatum," Gross declared, "Peterson is the finest jazz pianist in the world today – a brilliant musician and a wonderful interpreter of a melody..."

It is "Tenderly," of course, which is the featured side in this album, but a collection fo eight other standards as well as three Peterson originals are also included, making for a good representation of the Peterson piano technique.

Peterson, a native of Canada who left his native land to join Norman Granz's Jazz at the Philharmonic troupe in 1949, is accompanied here by Ray Brown on rhythm bass, on all tunes except the last four which feature Major Holley on bass.

Tenderly
Oscar's Blues
Little White Lies
In The Middle Of A Kiss
Nameless
Two Sleepy People
Debut
They Didn't Believe Me
Lover Come Back to Me
Where Or When
Three O'Clock In The Morning
All The Things You Are
Posted by By Mark Betcher at 7:17 PM