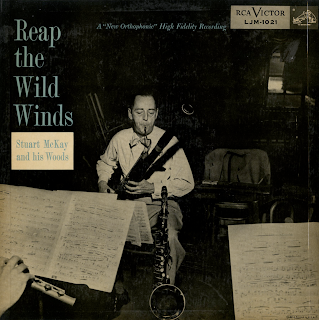 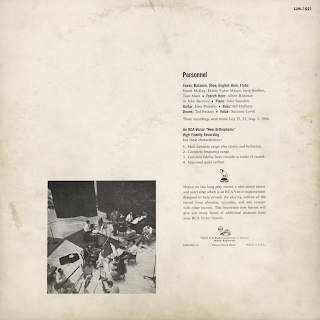 Available from online vendors so I will not be posting a sample. Posted here to add scans of the book-fold cover.

From the liner notes: Much too often – and especially since the advent of the "progressive" trend – jazz has become associated in the public mind with a deadly serious art, one much too cerebral and complex for comprehension by anyone except musicians who play it. There is certainly a good case for that view – especially since some artists have done their best to make it appear this way – but jazz, for all its seriousness, is, after all, wonderful fun. That particular fun – its swinging humor, its broad appeal, and the obvious enjoyment of the participating musicians – has probably never been demonstrated to such vivid effect as in these recordings by Stuart McKay and one of the most phenomenal-sounding bands ever assembled for the purpose of blowing jazz. "Wild winds" is some of the wildest music yet waxed!