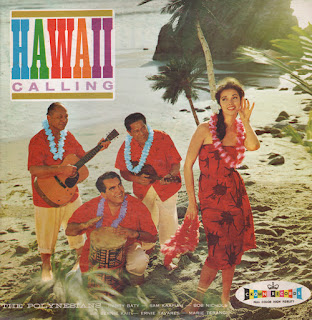 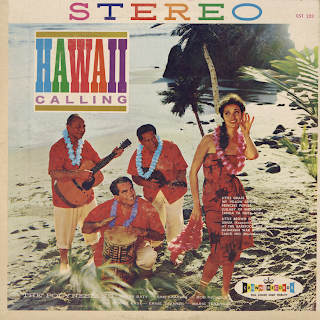 Terrific "islands" set featuring, on the cover, the artists, including Marie Terangi.

The set features space age swing tempo tunes mixed with jazzy passages and Terangi's terrific numbers, one at the end of each side of the disc.

As with most of Crown's catalog, this one is available from online vendors.

From the back cover: Harry Baty, leader of the group, is a master of Island melodies. Not only has he achieved remarkable success on recordings, but in motion pictures and television as well.

Making her debut for CROWN records is the remarkable Marie Terango – Tahiti's most famous folksong interpreter. Marie performs brilliantly on two selections, showcased by percussion only.